[[{“type”:“media”,“view_mode”:“media_large”,“fid”:null,“attributes”:{“class”:“media-image alignright size-full wp-image-2569”,“typeof”:“foaf:Image”,“style”:“”,“width”:“100”,“height”:“100”,“alt”:“Valley News”}}]]Despite the thousands of books written about America’s involvement in war, Dartmouth President Emeritus James Wright felt there was a void in the information available about the veteran’s of America’s wars, explains an extensive feature by the Valley News.

As the Valley News details, Wright decided to take on the task of writing about the experiences of veterans throughout the history of the United State. The feature explains the motivation behind Wright’s book, Those Who Have Borne the Battle: A History of America’s Wars and Those Who Fought Them, and includes accounts of his personal experiences in the Marine Corps as well as stories told to him by wounded veterans from the wars in Iraq and Afghanistan.

In speaking about American’s current relationship with veterans, Wright tells the Valley News, “We need to humanize wars and the people fighting them. These are people with real dreams and ambitions, not some anonymous group who are fighting our wars.”

Date
5/27/2021
Body
William Eaton, Class of 1790, was just 16 when he joined George Washington’s Continental Army in 1780. Following the Revolution, he worked...
Image
Thumbnail 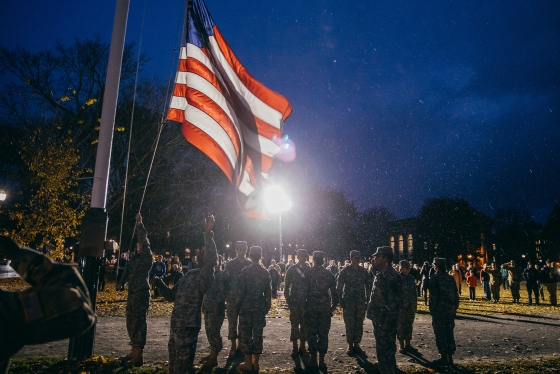