Begor is graduating from Dartmouth with an economics major modified with mathematics and a minor in Spanish. After graduation, he will join Morgan Stanley’s Mergers and Acquisitions Group as an investment banking analyst.

At Dartmouth, he was an early inductee of Phi Beta Kappa in 2011, a Rufus Choate Scholar (an honor for students in the top 5 percent of their class) for all four years at the College, and a Rockefeller Leadership Fellow in 2011-2012. As a James O. Freedman Presidential Scholar in 2010, he worked with Christopher Snyder, the Joel Z. and Susan Hyatt Professor in the Department of Economics, on a research project examining the procurement of vaccines in developing countries. Begor co-authored a paper, “Economic Perspectives on the Advance Market Commitment for Pneumococcal Vaccines” in Health Affairs along with Snyder and an MIT professor.

Begor also served as the co-founder and vice-president of Project RightChoice, a 501(c)(3)-recognized nonprofit that aims to build student leadership through philanthropy and social action. In 2010 and 2011 combined, they raised just over $195,000 for Water.org and the Fisher House Foundation.

“People at Dartmouth are extremely intelligent and excited about sharing what they do,” Begor said.  “I learned as much, if not more, outside of the classroom from my peers as I did from my formal Dartmouth education. Dartmouth’s gift is its ability to bring together a set of incredibly intelligent students and foster an atmosphere of service, leadership, and intellectual curiosity. Dartmouth has been an incredibly humbling education, and I couldn’t have asked for anything more.”

At Dartmouth, Begor was also a member of the Dartmouth Ski Patrol and Sigma Alpha Epsilon fraternity. He is the youngest juried member of the League of New Hampshire Craftsmen and is also an avid mountaineer, who has summited Mt. McKinley and Mt. Kilimanjaro, the tallest summits in North America and Africa, respectively. 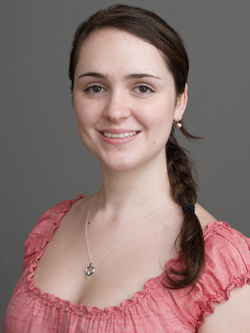 As a double major in mathematics and economics with a minor in studio art, Kearney has been a Rufus Choate Scholar for all four years. In 2010, she was named a Presidential Scholar and collaborated with Christopher Snyder, the Joel Z. and Susan Hyatt Professor of Economics, studying trends in academic citations in online journals. She was inducted in Phi Beta Kappa in the fall of 2011, and earned the Economics Commendation Award in 2012. This fall, Kearney will be working for McKinsey as a business analyst in the Chicago office. Before she starts, Kearney will be earning her scuba diving instructor’s license in St. Martin this summer.

Based on Kearney’s interest in sales and finance, she completed internships in sales and trading at Goldman Sachs in 2010, investment banking at UBS in 2010, and consulting at McKinsey in 2011. Kearney served as the advertising director in 2011 of The Dartmouth, the oldest college newspaper in the country, after working for the business staff since the fall of her first year. She is a member of Kappa Delta sorority, where she served as sisterhood chair, formal chair, and Sisterhood Enrichment Team leader.

“At Dartmouth, I have been able to try many new activities, including camping, woodworking, and painting,” Kearney said. “I have met so many people from different backgrounds, who have had different experiences than me. My four years at Dartmouth have impacted me profoundly and have taught me to explore every option and to take advantage of every opportunity.” 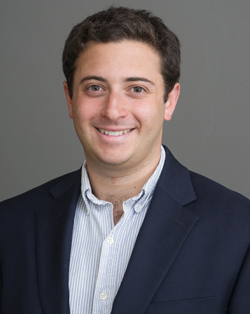 Rogg is graduating from Dartmouth with a double major in economics and Hispanic studies with a minor in computer science. He was a Phi Beta Kappa early inductee in 2011 and a Rufus Choate Scholar for all four years. Rogg received the Joseph Dallet, Jr. 1927 Memorial Prize in Hispanic studies and a Commendation award from the Economics Department. As a Presidential Scholar, Rogg performed research with Nina Pavcnik, professor of economics and Niehaus Family Professor in International Studies, on global inequality and the informal labor sector.

After graduating, Rogg will be working in New York City as an analyst within the investment banking division at Goldman Sachs. He gained experience in this industry as an intern at Gridley & Company in 2010 and as a summer analyst at Goldman Sachs in 2011. At Dartmouth, Rogg served as the finance director of The Dartmouth newspaper in 2011, the treasurer of Zeta Psi fraternity, and a member of the Dartmouth Investment and Philanthropy program. Rogg studied abroad in Madrid on the Spanish Department’s Foreign Study Program in 2010.

“Dartmouth stands apart as a unique institution because of the support that it provides for its students to explore their interests,” said Rogg. “The College has allowed and encouraged me to engage with a wide range of subjects and has taught me the importance of a well-rounded, diverse education. From my experience studying abroad in Madrid to my off-term internships, Dartmouth has provided me with all that I have needed to truly delve into my passions.”

This past spring, Rogg and two friends established their own startup, which created and launched an iPhone app called shmob—a new take on impromptu social event planning based on shared interests with friends. Since launching, the app received the second prize in the Department of Computer Science’s Kemeny Prize competition. Rogg plays the violin, piano and bass guitar, and enjoys skiing, tennis, and travelling. 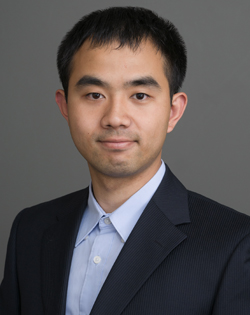 As a double major in economics and mathematics, Zhong focused his studies in probability, macroeconomics, and international trade. He will be joining Goldman Sachs after he graduates, to start his career in the finance industry.

At Dartmouth, Zhong was a Rufus Choate Scholar for all four years. During his sophomore year, he was the recipient of the Francis L. Town Scientific Prize for academic performance in mathematics. As a Presidential Scholar in 2010, Zhong conducted research on the microfinance market with Assistant Professor of Economics Jonathan Zinman.

“The best part about my experience at Dartmouth was the freedom I had to pursue all sorts of interests,” says Zhong. “The College provides strong support for each student’s enthusiasm, and I enjoyed the flexible environment, in which versatile talents influx and ideas spark.”

During the winter of his sophomore year, Zhong served as a study group leader in mathematics for Dartmouth’s Academic Skills Center. With his strong interest in the finance industry, he participated in several internships in the private equity and investment banking division, including his 2011 summer internship at Goldman Sachs.

As a minor in Asian and Middle Eastern studies, Zhong is especially interested in Japanese language and culture. He participated in Dartmouth’s Language Study Abroad and Tokyo 2009 program. Zhong enjoys traveling and hiking, and was an active member of the College’s Outing Club.

There was a four-way tie for salutatorian. The honorees are Blakeley Brown, a linguistics major from Williamsburg, Va.; Jonathan Erdman, a chemistry major modified with economics from Niantic, Conn.; Elizabeth Faiella, a history major from Northwood, N.H.; and Patrick Martin, a mathematics major from Poughkeepsie, N.Y. 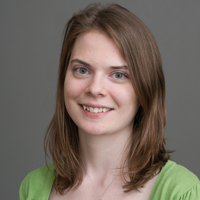 Blakeley Brown is an early Phi Beta Kappa inductee and has been a Rufus Choate Scholar for all four years. She completed Dartmouth Foreign Study Programs in Paris, Tangier, and Auckland during her time at the College before becoming a founding member of the Off-Campus Program Student Advisory Board. On campus, Brown has volunteered her time mentoring children through a number of programs at the William Jewett Tucker Foundation, which promotes and creates opportunities for service, spirituality and social justice. She also served as a linguistics tutor and intern at the Academic Skills Center. 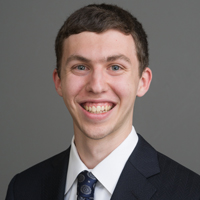 Jonathan Erdman is an early Phi Beta Kappa inductee and a Rufus Choate Scholar for all four years. He also received the Merck Index Prize for outstanding achievement in chemistry. During his junior year, Erdman interned for Senator Joseph Lieberman in Washington, D.C. and received the McSpadden Scholarship from Dartmouth’s Rockefeller Center. In addition, he studied abroad in Barcelona, Spain in his sophomore year. While at Dartmouth, Erdman volunteered with Let’s Get Ready as an SAT tutor at a local high school. 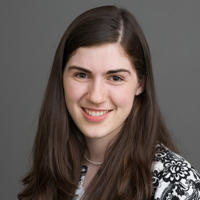 Elizabeth Faiella is an early Phi Beta Kappa inductee and has been a Rufus Choate Scholar for all four years. She served as chair of the Generations Project, a Tucker Foundation community outreach project, and sang with X.ado, a Christian a cappella group. Her summer work experiences include interning for Studio 360, a co-production of Public Radio International and WNYC, and The Exchange on New Hampshire Public Radio. A recipient of a Dartmouth General Fellowship, next year she will study conscientious objection in New Hampshire during World War II, a continuation of her senior honors thesis. 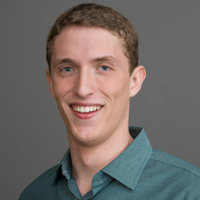 Patrick Martin is an early Phi Beta Kappa inductee. He was a Rufus Choate Scholar for all four years and a member of the winning team of the 2011 Oliver Wyman Business Case Competition at the Tuck School of Business. From 2008 to 2012, he was a member of the water polo team and during his senior and junior years, respectively, he served as president and treasurer. After Martin graduates, he will be working as an associate consultant for Bain & Co. at their Boston location.