Abbey D’Agostino ’14 is a national champion in the 5,000 meters by three-hundredths of a second. The Dartmouth women’s track and field sophomore claimed the program’s first-ever women’s individual national title Saturday afternoon at the 2012 NCAA Outdoor Championships at Drake Stadium in Des Moines, Iowa. 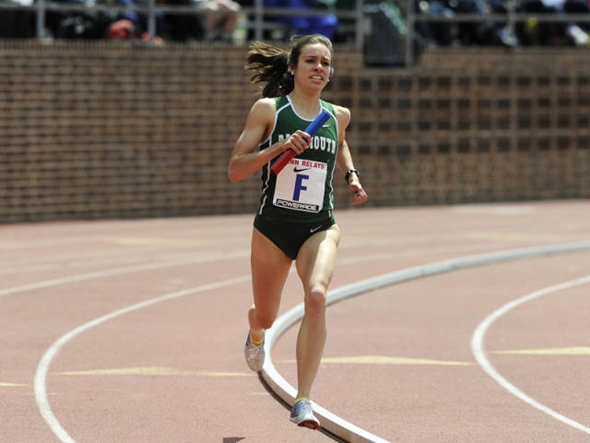 Her title came by the slimmest of margins, narrowly edging out the University of Washington’s Megan Goethals by just three-hundredths of a second. D’Agostino crossed the finish line in 16:11.34, while Goethals was credited with a time of 16:11.37.

The Big Green women have never had an individual champion before in the history of the program and D’Agostino’s title on Saturday is the first for either the Big Green men or the women since 1997 when Adam Nelson ’97 won the shot put.

With 10 points from D’Agostino and six more from Alexi Pappas ’12 earned from a third-place finish in the 3,000-meter steeplechase on Friday night, Dartmouth finished tied for 14th with 16 team points. That placement in the standings is another program best, surpassing the 27th-place finish in 1991.

The next event on the horizon for Pappas and D’Agostino is the Olympic Trials in Eugene, Ore., at the end of the month, with the hopes of qualifying for London later this summer.