Give a Rouse: Meet Alexi Pappas, Dartmouth Class of 2012 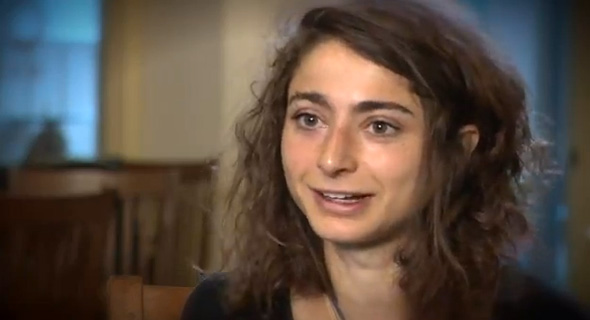 After graduation, Alexi Pappas heads to Oregon, for the Olympic Trials and an interdisciplinary master’s degree program. (photo by Kirk Cassels)

Alexi Pappas ’12 has two reasons to head for Oregon after graduation. She will be competing in the three-kilometer steeplechase Olympic Trials in Eugene in late June, and she has just learned of her acceptance into the University of Oregon’s Interdisciplinary Studies Individualized Program—a create-your-own master’s program, as she describes it.

Through this program, Pappas will study creative writing, film, English, and entrepreneurial business—all framed around the idea of becoming an independent filmmaker. “I will get the chance to work with a faculty adviser from each of the three areas of focus, and I am so excited for this opportunity,” she explains.

“I hope that my studies at Oregon will prepare me to make an independent narrative film with filmmaker Jeremy Teicher ’10, with whom I recently collaborated on another film. I would love to continue doing improv comedy and writing after graduate school, and who knows—maybe even continue running.”

Pappas, who is from Alameda, Calif., chose Dartmouth because she saw something special here. “I noticed how happy people were, and I loved the running team here. My brother encouraged me to get out of state, and I thought that if anywhere other than home, surely Dartmouth could keep me company on my journey.”

At Dartmouth, Pappas has majored in English and creative writing, while participating in varsity women’s cross country, and track and field, as well as the Dog Day Players improv comedy group.

Pappas says that her time at Dartmouth “has given me the tools to choose to be successful and happy, no matter what I am doing. I have been continually amazed and felt lucky to be around so many inspiring people—my peers, professors, and teammates—and look to them for continued inspiration in the future.”

Reflecting on the end of her time at Dartmouth, she concludes, “My culminating honors thesis in poetry felt like a great last project, and I couldn’t think of a better way to spend my senior week other than to be at the NCAA National Championships, where I compete this week!”