Dartmouth researchers were awarded $5.5 million in new and competing awards during February. Here, Dartmouth Now takes a closer look at projects ranging from gender and computing, controlling the spread of cholera, and the long-term impacts of restricted mobility created by the apartheid in South Africa. View the complete list of February awards, as reported by the Office of Sponsored Projects, at the bottom of this page. 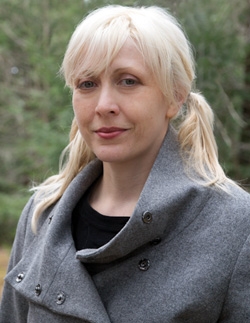 “Our task is to design, build, and research a collection of novel games drawing on psychological theory and research in order to reduce stereotype threat and implicit bias toward women and girls in STEM,” says Mary Flanagan, director of Dartmouth’s Tiltfactor Laboratory. (photo by Eli Burak ’00)

Game changer: Since the 1990s, Flanagan has taken on challenges that exist at the intersection of gender and computing. She hopes this project will “transform—and ultimately dispel—stereotypes, biases, and other factors that subconsciously limit girls’ options to pursue careers in science, technology, engineering, and math (STEM).”

More than a game: “Our task is to design, build, and research a collection of novel games drawing on psychological theory and research in order to reduce stereotype threat and implicit bias toward women and girls in STEM,” says Flanagan. According to Flanagan—who directs Dartmouth’s Tiltfactor Laboratory—the games play with bias in several ways, including “making players humorously aware of their implicit bias and limiting players’ agency in a game by their own character’s prejudices.” 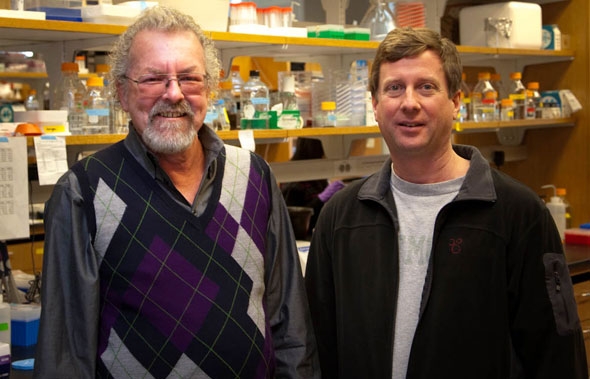 Chemistry Professor F. Jon Kull ’88 (right) and his colleague, Professor of Microbiology and Immunology Ronald Taylor from the Geisel School of Medicine (left), are taking the next step in their search for a way to prevent infectious diseases such as cholera from becoming epidemics in developing countries. (photo by Joe Mehling ’69)

A step further: Kull and his colleagues, Taylor and Skorupski, both from the Geisel School of Medicine, are taking the next step in their search for a way to prevent infectious diseases such as cholera from becoming epidemics in developing countries. This project will extend the group’s research on Vibrio cholerae, the bacterial species responsible for cholera.

Regulating proteins: The team is investigating how virulence is turned on and off in these bacteria, continuing their study of regulatory proteins, some of which showed pockets on their surface where unknown molecules (ligands) bind. The researchers will pursue identification of those ligands to learn how they may regulate virulence, opening a door on the basic mechanisms of how genes are turned on and off, while potentially identifying lead compounds for drug therapies.

Teamwork: “It is a great collaboration,” says Kull of his work with Taylor and Skorupski, who are both co-principal investigators on the research. “They identify the proteins necessary for virulence, and then we try to figure out how those operate at the structural level. Once we have the structure, we can suggest mutations to make that might affect activity, and then they introduce those mutations into the proteins and observe the effects.” Professor of Chemistry Dale Mierke and Research Assistant Professor of Chemistry Maria Pellegrini, both experts at using nuclear magnetic resonance (NMR) to study ligand binding, have also joined the project.

Making an impact: Kull and Taylor are also working on a project entitled  “Fatty acid related regulation of enteric infectious disease,” that builds off of their gene regulation research. Kull explains, “The idea here is that if ToxT is regulated by fatty acids, related proteins in other bacteria might also be regulated in the same, or a similar, manner.” Kull’s lab has found clues that a number of proteins in the same superfamily as the ToxT gene (particularly ones involved in virulence regulation) might be regulated by fatty acids. Kull says, “These are some pretty bad bugs that cause diseases such as, dysentery, typhoid fever, and salmonella.” The research, Kull says, “could have very broad reaching effects.” 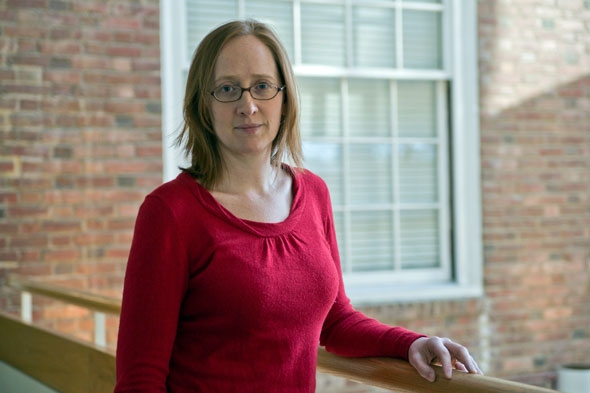 Assistant Professor of Economics Taryn Dinkelman is focusing on the long-term implications of restricted mobility within specific segments of the South African population. (photo by Eli Burak ’00)

Measuring movement: Legal restraints set up under the political system of the apartheid—a system of racial segregation—in South Africa restricted freedom of movement for segments of the country’s population, explains Dinkelman. This project focuses on how mobility constraints imposed under the apartheid can undermine health and wellbeing over the long term, especially when environmental shocks such as droughts occur. “The results, however, relate to a broader point, in that any constraints on spatial mobility can exacerbate the long-term effects of a risky local environment.”

Long-term impacts: “A typical way to think about the impact of shocks to income—that result from environmental shocks—is to consider the immediate, short run impacts on household welfare such as consumption, health, education, and other economic measures correlated with quality of life,” says Dinkelman. “While researchers have considered how constraints on movement can have short run impacts on incomes and wellbeing, very little is known about how mobility constraints undermine health and wellbeing over the longer term,” she explains.

Removing barriers: According to Dinkelman, “The health effects caused by droughts are worse for people who face higher barriers to migration and mobility.” Specifically, what Dinkelman is finding, is that the physical height of African women born during a drought and in places where mobility is limited, is significantly shorter than women born in other areas of the country without mobility restrictions. Her research will highlight some new reasons for removing barriers and promoting more spatial integration of labor markets.

Dartmouth researchers were awarded $5.5 million in new and competing awards during February. Award commitment from the sponsoring agency is for a single year unless otherwise indicated. The recipients of new and competing grants, as reported by the Office of Sponsored Projects:

Gustman, Alan—EconomicsSponsoring agency: University of Michigan Project: “Mismeasurement of Pensions Before and After Retirement”

But the real torture is to be what society expects you to be when it is not what you are.

Description
Anne Hoen, an associate professor of microbiology and immunology, comments on a new study that suggests microbes in the gut may affect a person’s risk of an HIV infection, noting “it is difficult to pinpoint exactly what underlies this link.”
Health Day