Christopher MacEvitt, an associate professor of religion, has been awarded the Medieval Academy’s John Nicholas Brown Prize for his book The Crusades and the Christian World of the East: Rough Tolerance. 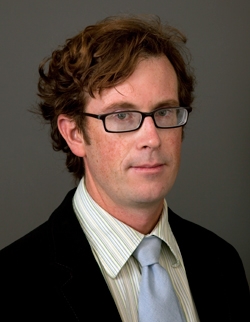 The John Nicholas Brown Prize is awarded annually for a “first book or monograph on a medieval subject judged by the selection committee to be of outstanding quality.” The recognition from the Medieval Academy was an honor and an unexpected surprise, says MacEvitt. “The fact that so many other truly wonderful books have won the same prize in the past is quite humbling.”

MacEvitt, who specializes in the history of medieval Christian communities, developed the framework of the book through his travels and reading.  “Wherever I went in Jordan, Syria, and Turkey I found castles, cities, and churches remaining from the crusader period, and clustered nearby were still-vibrant Christian communities,” he explains. “I began to wonder how these two groups of Christians viewed each other, one group coming from Europe as conquerors, and the other a deeply-rooted local community.”

Written by
Chrissy Pearson, MALS '11
Share this
FacebookTwitterEmail
In the News