This summer’s version of the popular Leading Voices lecture series will feature a two-time Pulitzer Prize-winning author, a retired Navy admiral, a global health leader, a climate change diplomat, a former Defense Department official, and a noted economist. The series, this season titled “Leading Voices in U.S. Foreign Policy,” will begin on June 28.

As it was last year, the series is paired with a class for sophomores, who spend the summer term at Dartmouth. The class, “America and the World: Contemporary Issues in U.S. Foreign Policy,” will be taught by Associate Professor of Government Benjamin Valentino. About 40 students are expected to enroll in the course, Valentino explains. Each week, a different Dartmouth faculty member will lead the class, giving an introductory lecture on Tuesday to prepare students for the lecture by the visiting speaker, who will speak to the class and the public on Thursday.

“My hope is that students will gain a better appreciation of the major international issues facing America today and the tough choices and trade-offs that America faces in dealing with them,” says Valentino. The class, he explains, “will address the full array of American foreign policy debates, ranging from climate change, to international economics, to military intervention. I hope students begin to understand how many ways the United States is involved in the affairs of other countries and how much what happens in the rest of the world affects our lives here at home.”

“Given the upcoming presidential elections, in which foreign policy is likely to be a major focus of the debates,” Valentino continues, “this summer seemed like the perfect time for a course on foreign policy.” Members of the community, who are invited to the summer’s public lecture series, will also benefit from the series’ focus on the topic, he says. “I hope this course can be a showcase for the large number of high quality, international faculty and programs here at Dartmouth.”

The lecture series, the inspiration for which came from the Great Issues course—a mandatory current events class for Dartmouth seniors that ran for two decades, through 1967, began a year ago with “Leading Voices in Politics and Policy,” which brought national politicians and policy makers to campus.

This year, a second version, “Leading Voices in Higher Education,” has been part of the campus-wide strategic planning process and featured pioneering thinkers in higher education, writers, and cultural historians.

“All three of the Leading Voices series have brought the best thinkers and innovators to Dartmouth,” says Provost Carol Folt, who will begin work as interim president on July 1. “The lively discussion and analysis they have provided has challenged and inspired us as we continue to chart a course for Dartmouth’s future.” 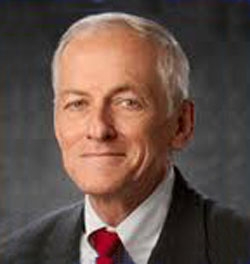 De Cock, a physician, will speak on “Global Health and Health Assistance, 2013-.” He is the director of the Center for Global Health at the Centers for Disease Control and Prevention.

He served as director of the World Health Organization (WHO) Department of HIV/AIDS from 2006 to 2009, overseeing work on HIV/AIDS, and focusing on initiatives to assist low- and middle-income countries in treatment, prevention, care, and support programs.

De Cock, who received his medical degree from the University of Bristol, United Kingdom, specialized in internal medicine and completed a fellowship in hepatology at the University of Southern California. He joined CDC in 1986 as an epidemic intelligence service officer, working with viral hemorrhagic fevers. He has also held CDC positions as director of CDC Kenya and director of the CDC Division of HIV/AIDS Prevention, Surveillance, and Epidemiology. He has served in a variety of positions and medical schools in the United Kingdom, the United States, and sub-Saharan Africa. 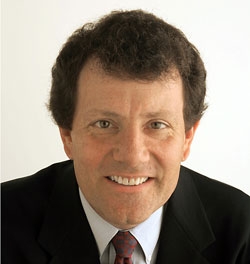 A Pulitzer Prize-winning writer and columnist for the New York Times, Kristof will speak on “Half the Sky: Turning Oppression into Opportunity for Women All Over the World.” He won the Pulitzer two times, in 1990 with his wife, Sheryl WuDunn, who is also a Times journalist; and in 2006. In 2012, he was a Pulitzer finalist for his 2011 columns, which often focused on the disenfranchised in many parts of the world.

While working in France after high school, he caught the travel bug and began backpacking around Africa and Asia during his student years, writing articles to cover his expenses. He has lived on four continents, reported on six, and traveled to more than 150 countries, plus all 50 states, every Chinese province and every main Japanese island.

After joining the Times in 1984, initially covering economics, he served as a correspondent in Los Angeles, Hong Kong, Beijing, and Tokyo. He has covered presidential politics and is the author of a chapter on President George W. Bush in the reference book The Presidents. Kristof, the first blogger on the Times website, also writes at www.facebook.com/kristof and twitter.com/NickKristof. He will sign his book, which he wrote with WuDunn, Half the Sky: Turning Oppression into Opportunity for Women Worldwide, immediately following his lecture. 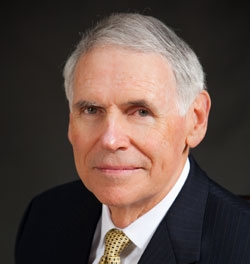 Fallon, who is retired from a 40-year Navy career, will speak on “Shifting Sands: U.S. Interests and Policy in the Middle East.” He led U.S. and Allied forces in eight separate commands and played a leadership role in military and diplomatic matters at the highest levels, including as head of U.S. Central Command, where he directed all military operations in the Middle East, Central Asia and Horn of Africa, focusing on combat efforts in Iraq and Afghanistan.

He led the U.S. Pacific Command, directing political-military activities in the Asia-Pacific region, and on September 11, 2001, was vice chief of the Navy in the Pentagon and directed the recovery of staff in the wake of the attack, later leading in the planning of retaliatory attacks on Al Qaeda and Taliban forces in Afghanistan. He commanded the U.S. Atlantic Fleet and U.S. Fleet Forces Command, with responsibility for the readiness of U.S. Naval forces worldwide.

Fallon began his career as a combat aviator, flying from an aircraft carrier during the Vietnam War. He led a Carrier Air Wing in combat during the Gulf War of 1991, and commanded a Navy Battle Group during NATO military operations in Bosnia. He was a Robert E. Wilhelm Fellow at the Massachusetts Institute of Technology, Center for International Studies and chairs the Center’s Advisory Board. He also serves on advisory boards at Occidental College and the University of California, San Diego. 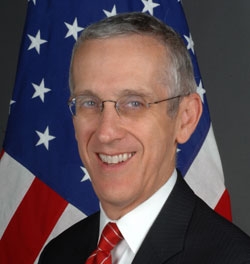 Stern is special envoy for climate change at the State Department and plays a central role in developing the nation’s international policy on climate. He is the president’s chief climate negotiator, representing the United States internationally at the ministerial level in all bilateral and multilateral negotiations regarding climate change. He also participates in the development of domestic climate and clean energy policy.

Before joining the Obama Administration, he was a senior fellow at the Center for American Progress, and a partner at the law firm WilmerHale. He has served in a number of governmental roles, including in the White House from 1993 to 1999. As staff secretary, he played a central role in preparing the key issues of domestic, economic, and national security policy for the president; and acting as senior White House negotiator at the Kyoto and Buenos Aires negotiations. At Treasury, he advised the secretary on the policy and politics of a broad range of economic and financial issues.

Previously, he was senior counsel to Senator Patrick Leahy (D-Vt.), an adjunct lecturer at Harvard’s Kennedy School of Government, and a fellow at the German Marshall Fund of the United States. He is a member of the Council on Foreign Relations. 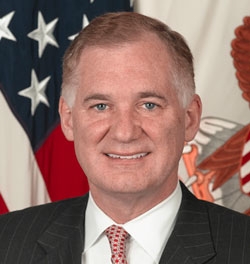 Lynn is chief executive officer of DRS Technologies, Inc., a supplier of products, services, and support to military forces based in Parsippany, N.J. Prior to joining DRS in 2012, Lynn served for two years as deputy secretary of Defense, through 2011. Under Secretaries Robert Gates and Leon Panetta, he managed three million personnel and an annual budget of $700 billion. He also led the department’s efforts in cybersecurity, space strategy, and energy policy.

From 2002 to 2009, he was senior vice president of Government Operations and Strategy at the Raytheon Company, and has also been under secretary of Defense, director of program analysis and evaluation in the Office of the Secretary of Defense, and on the staff of Senator Ted Kennedy (D-Mass.) as counsel for the Senate Armed Services Committee.

Lynn has been recognized for numerous professional and service contributions, including receiving four Department of Defense medals for distinguished public service, the Joint Distinguished Civilian Service Award from the Chairman of the Joint Chiefs of Staff, and awards from the Army, Navy and Air Force. 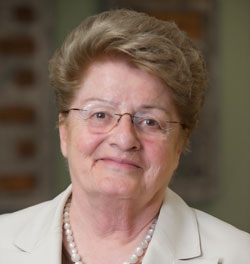 Krueger is a professor of international economics at the School for Advanced International Studies, Johns Hopkins University; a senior fellow of Center for International Development, and the Herald L. and Caroline Ritch Emeritus Professor of Sciences and Humanities in the Economics Department at Stanford University.

She was first deputy managing director of the International Monetary Fund from 2001 to 2006. Prior to that, she had taught at Stanford University, Duke University, and the University of Minnesota, and also served as vice president of Economics and Research at the World Bank. She has held visiting professorships at a number of universities, including the Massachusetts Institute of Technology, Northwestern, and Bogazici University in Istanbul.

Krueger is a distinguished fellow and past president of the American Economic Association, a senior research fellow of the National Bureau of Economic Research, and holds memberships in a number of honorary societies including the National Academy of Sciences and American Academy of Arts and Sciences. She has published extensively on economic development, international trade and finance, and economic policy reform.