Scientific progress has transformed Darwin’s simple evolutionary tree of life into a bush with a myriad of branches, representing phylogenetic relationships. Now the research of Dartmouth’s molecular palaeobiologist Kevin Peterson is telling us that the branches may all be in the wrong places. Peterson, an associate professor of biological sciences and an adjunct professor of earth sciences, is the subject of an extensive feature story published in the journal Nature.

The article discusses how Peterson’s work on micro RNAs (miRNAs)—short regulatory molecules found in cells—has upended some long-held notions about the evolutionary history of mammals and their relationships today. When miRNAs appears in an animal’s ancestral lineage, they are rarely lost but accumulate over time. This makes miRNAs an important tool in discerning relationships and solving evolutionary puzzles.

Peterson tells Nature, “I’ve looked at thousands of micro RNA genes, and I can’t find a single example that would support the traditional tree.” The technique, he adds, “just changes everything about our understanding of mammal evolution.” 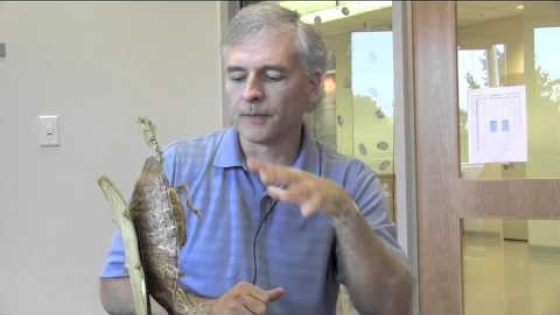