While census data shows racial diversity is increasing in major cities across the United States, highly diverse neighborhoods are still rare, newly arrived immigrants continue to settle in concentrated residential patterns, and many African Americans remain concentrated in segregated neighborhoods, according to recent research by Richard Wright, professor of geography and the Orvil E. Dryfoos Professor of Public Affairs.

Wright and two colleagues—Steven R. Holloway of the University of Georgia and Mark Ellis of the University of Washington—examined neighborhood tract data from the 1990, 2000, and 2010 U.S. censuses and created “cartographic visualizations” of 53 large metropolitan areas and every state in the United States. Their maps showing the changes in neighborhood racial configuration in these cities can be viewed here.

While there are no longer neighborhoods “that are all white or all black,” Wright says segregation still persists. He recently published a paper in The Professional Geographer, “The Racially Fragmented City? Neighborhood Racial Segregation and Diversity Jointly Considered,” co-authored by Holloway and Ellis. “Rather than thinking of segregation and diversity as being on a continuum, moving linearly between those two end points, our research admits to the possibility of folds in that continuum,” says Wright, “the possibility that you can have segregation and diversity together in the same place at the same time, and increasing in similar places or decreasing in similar places.”

As Wright explains in this accompanying video, his research evaluates neighborhoods’ composition by examining the degree to which groups share residential space. This entails looking at census tracts, which are a unit of analysis the U.S. Census uses to define a neighborhood. After analyzing the data, he concluded that segregation has declined, as other scholars’ research has suggested. However, Wright says his research shows that “we should be very cautious talking about the 21st century being the century of diversity or the end of a segregated century.” 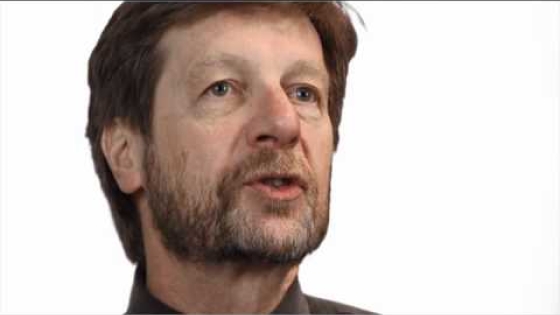 Wright says, “The trend we’ve seen is for predominantly white tracts to become more racially diverse. We’ve also seen an increase in the number of tracts that are Latino-dominated and undiverse, and a greater count of Asian-dominated tracts that are undiverse. And this is because of immigration. African Americans have a longer history of settlement in the United States. And while the number of low-diversity, African American neighborhoods has declined a little, it’s nowhere near the same rate as low-diversity, white-dominated tracts. So old histories are getting rewritten in these metropolitan areas, but African Americans remain segregated.”

Atlanta, as Wright discusses in the video, has undergone enormous demographic change over the last 20 years. In 1990, the city was populated predominantly by whites and African Americans. Of a total of 658 tracts, 398 were classified as low-diversity white-dominant and 112 were low-diversity black-dominated tracts. “Atlanta was archetypically white suburbs and an African American central city, something you would see in Detroit, Pittsburgh, or Cincinnati today,” says Wright.

“It’s clear from our research that we still have problems to do with segregation,” says Wright. “We can celebrate diversity, we can find diverse neighborhoods and identify them, but we should be very cautious about celebrating the end of any form of segregation.”

[[{“type”:“media”,“view_mode”:“media_large”,“fid”:null,“attributes”:{“class”:“media-image size-full wp-image-32485”,“typeof”:“foaf:Image”,“style”:“”,“width”:“590”,“height”:“336”,“alt”:“Atlanta 1990”}}]] Of the 53 metropolitan areas studied by Professor Wright, Atlanta has undergone some of the most significant demographic change over the last 20 years. The map above shows a predominately white (represented in orange above) and African American (represented in green above) population in 1990. (Source: Mixedmetro.us)
[[{“type”:“media”,“view_mode”:“media_large”,“fid”:null,“attributes”:{“class”:“media-image size-full wp-image-32486 ”,“typeof”:“foaf:Image”,“style”:“”,“width”:“590”,“height”:“334”,“alt”:“Atlanta, 2010”}}]] As shown in this 2010 map, Atlanta is now more diverse, with a growing Latino population (represented in purple above). However, the city still exhibits signs of racial segregation. (Source: Mixedmetro.us)
Written by
Bonnie Barber
Share this
FacebookTwitterEmail
Quoted
Quote