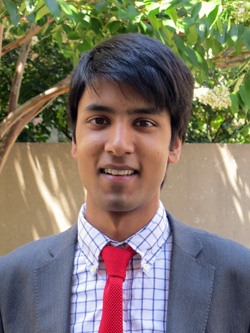 Joseph Singh ’14 writes in a Time op-ed that those who predict a drones arms race are too focused on rapidly evolving military technology and aren’t paying enough attention to what is known about “state behavior in an anarchistic international order.”

Singh writes that “the past decade’s experience with drones bears no evidence of impending instability in the global strategic landscape. Conflict may not be any less likely in the era of drones, but the nature of 21st Century warfare remains fundamentally unaltered despite their arrival in large numbers.”

Singh, a government major at Dartmouth, works as a researcher at the Center for a New American Security (CNAS), a policy institute based in Washington, D.C. Nathaniel Fick ’99, a Dartmouth trustee, is the chief executive officer at CNAS.

“I am immensely grateful to Dartmouth, in particular the Rockefeller Center and the government department faculty, for their ongoing support,” Singh says. “This experience at CNAS would not have been possible without Rocky’s generous financial support and the analytical tools I have honed in the classroom.”

On campus, Singh is a member of the Dartmouth Aires a cappella group, works as a writing tutor for Dartmouth’s Student Center for Research, Writing, and Information Technology, and this coming year will be a James O. Freedman Presidential Scholar. He has also testified before the New Hampshire House of Representatives on voter identification reform.

A resident of Toronto, Ontario, Singh was also recently published in Foreign Policy.