Whether it’s The Trials of Darryl Hunt, about a wrongfully imprisoned man battling the legal system to prove his innocence, or Joan Rivers — A Piece of Work, which chronicles the aging comedian’s efforts to sustain her career, these and other documentaries made by award-winning filmmaker Ricki Stern ’87 have a common thread—they focus on the obstacles people must overcome to achieve their dreams.

Stern will deliver the Convocation address, the ceremony that marks the start of Dartmouth’s 243rd year, on September 10. In addition to Stern’s speech, President Carol L. Folt and Student Body President Suril Kantaria ’13 will speak at Convocation. The ceremony begins at 3:15 p.m. at Leede Arena in the John W. Berry Sports Center. The timing for this year’s event is new; in the past it has taken place in the morning.

In her address, the theater major and film minor, who was also a ski patrol member, will talk about how Dartmouth’s nurturing academic environment and creative community enabled her “to try things and not worry about failing.”

“For me, as a New York City kid, what was so great about Dartmouth was this opportunity to have peace and quiet, to have space, and to have the simplicity of a campus where you could literally walk barefoot across the Green,” says Stern, whose father, Michael Stern ’59, brother Mark Stern ’85, sister-in-law Betsy Burnham Stern ’84, and cousin Matthew Brill ’91 are all Dartmouth graduates (an uncle and another cousin are graduates of the Tuck School of Business). “In the way that painters or other artists have their retreats, where people go to get away from too much stimulus, I think Dartmouth provides that kind of quiet that allows you to be creative and have artistic freedom.”

It was her willingness to try new things, along with the encouragement of professors like the late Maury Rapf of the Department of Film and Media Studies, which led to Stern’s first documentary. After working for the film unit of NBC’s Saturday Night Live—where her production assistant duties included “running out to the Big & Tall Shop in Newark, N.J., for an extra pair of socks we needed for one of the SNL short films,”—and then at an editing house in New York City, Stern realized she missed acting and enrolled in the University of North Carolina’s graduate theater program. But while volunteering at a welfare hotel, she met a talented homeless boy, Barry, and felt compelled to tell his story. 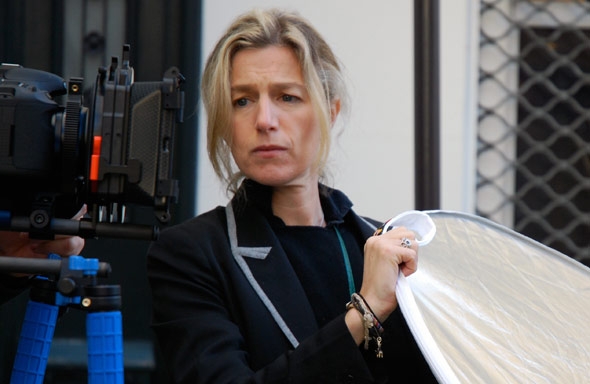 Stern’s documentaries include The Devil Came on Horseback and Joan Rivers — A Piece of Work. Her latest, Knuckleball!, will be released September 18. (photo courtesy of Ricki Stern ’87)

“He was 12 and he wrote beautiful poetry and did calligraphy; he was a survivor who literally grew up on the streets,” she recalls. “So I left grad school after a year to make a documentary about him. It was my first film, it aired on PBS, and I was 25. I was raising the money, and I didn’t know how to do it, but I did it with my good friend from Dartmouth, William Rexer ’86. Somehow we pulled it off and that was my switch to documentaries.”

Stern continues to work with cinematographer Rexer and other Dartmouth collaborators, including, most importantly, her business partner in Break Thru Films, Anne Sundberg ’90. This writing, directing, and producing team has been nominated for several Emmys, and has also been recognized with a Lifetime Achievement Award from Full Frame Documentary Film Festival, the Best Female Filmmakers Award-San Diego Film Festival, Adrienne Shelly Excellence in Filmmaking Award, and Lena Sharpe/Women in Cinema Persistence of Vision Award–Seattle International Film Festival.

Stern and Sundberg recently branched out into television and web series work, shooting a six-part series, The Fashion Fund, which was commissioned by Vogue magazine and premiered in January 2012. In 2011, they produced, for the History Channel, Secret Access: UFOs on the Record, and their documentary Burma Soldier, about a former junta member turned pro-democracy activist, aired on HBO. Additionally, the pair is working on a pilot for the National Geographic Channel about the mail order bride industry.

Stern, who is also the author of a children’s book series, Beryl Bean: Mighty Adventurer of the Planet, says their latest documentary, Knuckleball!, will be available on September 18. “It’s about these quirky outliers in baseball, these guys who were so desperate to become major league baseball players, or to stay in the major leagues, that they turned to the last resort, knuckleball pitching,” she says. “Again, it’s about being a survivor, doing what it takes in order to accomplish your dreams. Stern plans to attend a screening of Knuckleball! at 6:30 p.m. October 27, in Dartmouth’s new Loew Auditorium.

“The films Annie and I have been making have always been about characters. They may sometimes have a political or social angle, but they’re really about people, and for me I think that stems from my background in acting where I look at a person and wonder, ‘What motivates you? What are your obstacles? How are you going to overcome those obstacles?’ I apply that same theater discipline of finding out about a character to my documentaries.”

Dartmouth recognized Stern’s work in 2009, awarding her a Dartmouth Social Justice Award for Ongoing Commitment, and she serves on the alumni board of Dartmouth Partners in Community Service, a Tucker Foundation program. She credits her parents, Michael and Margie Stern, with encouraging her creativity and her commitment to social justice.

“Annie and I still look at projects and think about what is the greater value of telling this story versus that story,” says Stern, who lives in New York with her husband and three children. “It’s important because, now more than ever, we have this opportunity to focus eyes on something. So if the film can also help someone or be beneficial to a population of people, that is rewarding unto itself.”

See a preview of Stern’s and Sundberg’s documentary Knuckleball! below: 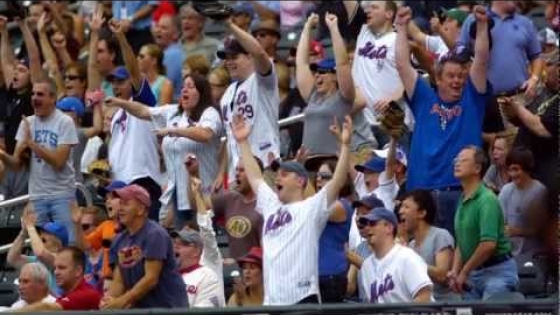