In July, pianos were placed throughout campus and the Upper Valley in celebration of the Hopkins Center’s 50th anniversary. The pianos were donated by community members, painted by local artists, and played by hundreds. This rendition of the Dartmouth “Alma Mater” features three students and two professors, and mirrors the many components that made this project successful. 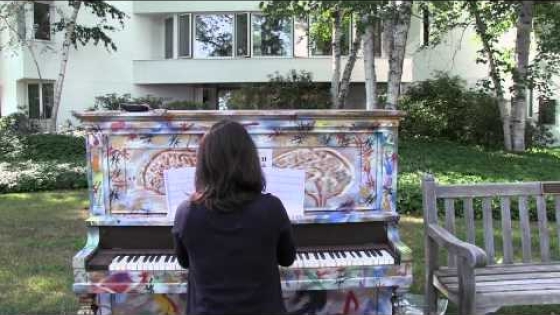 The video also exemplifies the impromptu nature of the performances the pianos brought to the Upper Valley. Kirk Cassels, who filmed and produced the video, said hearing music gave people a break from their everyday routines.

“It was a treat to see the scale of reactions people had when they heard the piano playing, during the filming of the piece, as well as during an average day on campus," said Cassels, multimedia specialist for the Office of Public Affairs.