8/17/2012
Body
Read the full story originally published by the Office of Alumni Relations.

Twice a year, the Dartmouth Office of Alumni Relations checks in with faculty members to find out what books they are reading and enjoying. The current list includes recommendations from 13 faculty members, whose suggestions range from Tea Obreht’s The Tiger’s Wife to Jonathan Steinberg’s Bismarck: A Life. 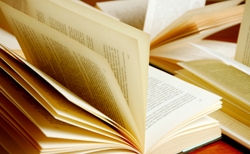 The list begins with two recommendations from Kate Conley, the Edward Tuck Professor of French and Comparative Literature.

“This spring I have read two thoughtful, thought-provoking nonfiction books that combine family memoir with history and philosophical reflection, one set in the United States and the other set in Europe and Japan. I highly recommend Terry Tempest Williams’s When Women Were Birds for a powerful and poetic follow-up to her bestseller Refuge, that completes the story of how she coped with the loss of her mother and her own aging process in terms of the ecological, familial, and social environments in which she lives. I also highly recommend Edmund de Waal’s The Hare with Amber Eyes, which is a beautiful history of the collection of netsuke he inherited from an uncle, from the moment when they entered into his family’s possession in Paris at the turn of the last century to the post-World War II period in a narrative that encompasses the history of a family at the same time and spans the European continent from Odessa to Vienna and then to the Netherlands, England, and Japan.”