Recalling Their College Years, Professors Offer Advice to the Class of 2016

Six faculty members from a variety of disciplines, backgrounds, and undergraduate institutions talk with Dartmouth Now about their college journeys. The professors discuss how they felt once they arrived at college and what they wanted to pursue as a career, and offer advice to the Class of 2016. Their answers are wide ranging, and there appears to be a common theme—the transition from high school to college to career path can be full of surprises. 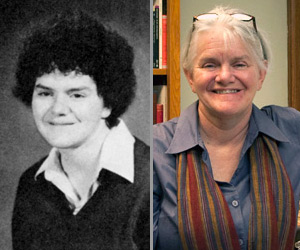 I think a lot of the standard feelings: scared, nervous, excited.

At the time, what did you think you would eventually pursue as a career?

What piece of advice would you give Dartmouth’s Class of 2016? 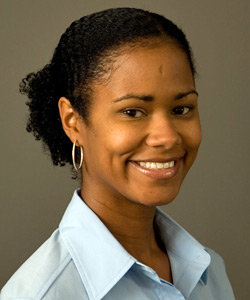 Soyica Colbert enrolled at Georgetown University expecting to work as a lawyer in government. (photo courtesy of the English department)

I arrived on campus feeling anxious and excited, having never lived away from home before attending college. My feelings of anxiety subsided, however, when I began to meet people who, although I did not know it at the time, would become lifelong friends.

I attended Georgetown University because I wanted to become a lawyer and work in the government. I planned to have a double major in history and economics. I graduated as an English major with honors.

What advice would you give Dartmouth’s Class of 2016?

Never let fear get in the way of your dreams. The only thing that limits your future is the scope of your imagination. 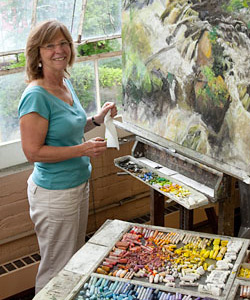 Lost and lonely, though I would never let it show.  It was 1967, the brink of revolt among students around the world, and I was clueless. At first, anyway.

Moving from a small New England town to a large urban campus, it was hard to find a footing.  I spent my first year of college wondering if I should transfer elsewhere.  I realized finally that the problem was me, not Penn, and got some counseling, talked my way into an art course, was totally at sea until the professor was replaced by a much better one. I became totally absorbed in art, and enjoyed that community.  It was the beginning of my career.

I loved to read and liked to make things.  So I thought I would be a writer. It never crossed my mind to ask how I was going to make a living that way.  Nor did it when I decided to go for a BFA in studio art.

Be curious, try things out, find what absorbs you most.  Deal with loneliness by getting involved in courses and activities—friends will follow when there is common ground.  Don’t be shy about asking older students and professors for advice. Take advantage of student-rate tickets for Hop productions, where you can be amazed and inspired, as well as entertained, by what others have accomplished. 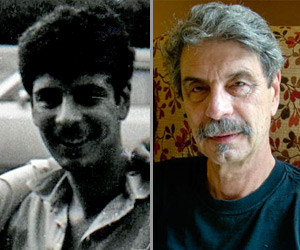 I was scared. I was 23 years old, a [Army] veteran, and had almost flunked out of high school. At age 21 I started reading; books woke me up. I applied to my local college and got in, but I still had little confidence in myself and had this crazy idea that everybody else would be smarter than I was. When I figured out that these 18-year-olds were not so formidable I settled down, and ended up with the highest [grade point] average in the school my freshman year.

I had no clue. I never once thought about using college to help me get a job. I was hungry for knowledge about the world. My main academic interest was history, which was what I had been reading before I started college. I switched to English my sophomore year when I discovered I had a knack for writing. 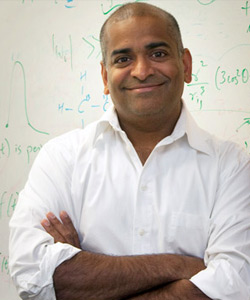 Chandrasekhar Ramanathan had to choose his major, electrical engineering, before he ever set foot on campus. (photo by Joseph Mehling ’69)

The overwhelming memory I have of arriving at college was relief.  I had to take a highly competitive national entrance exam for admission to university and as a 17-year-old student thought that this was my one shot at success.  After the stress and pressure of the previous year, arriving on campus felt like a huge weight had been lifted.

I had to choose a major before I stepped a foot on campus, and opted to be an electrical engineering major.  To be honest, I didn’t really have a good idea of exactly what I would do for a living.  My brother was in graduate school in the U.S., so I knew that was a possible path for me.

Don’t stress out too much about getting everything right the first time, but make an honest effort in the things you do try.  You should learn from everything you do. You’ll find out what really matters to you, and define your own path to success. 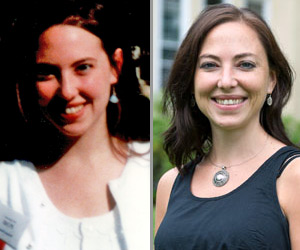 When I first arrived at Brandeis University in the fall of 1994, I was soaring. I felt like I’d ascended from my working-class town. No one in my extended family had ever attended college at all. Everyone was proud of me, and more to the point, I was proud of myself—and intensely excited.

Unfortunately, that feeling wore off in just a few weeks. Intellectually, I was in my glory; personally and emotionally, I was sorely disappointed, and I couldn’t exactly articulate why at first. I had made lots of wonderful new friends, but I was fundamentally different from all of them—they were all on professional tracks to become doctors, lawyers, and stockbrokers, and school for them was a means to an end rather than the privilege and portal it had always represented to me. I started gathering transfer applications, and quickly began daydreaming about Smith College, an elite women’s school that had also offered me a nearly free ride the previous year. I re-applied to Smith and was admitted shortly after.

Being at Smith was a revelation. It, too, was radically different from the world I grew up in. But Smith satisfied the vision I had in my head about what the college experience should be. I found others there who were equally passionate about writing and the arts, and our discussions extended well beyond the classroom.

As a dreamy, aspiring writer and artist, I was craving late-night discussions about Faulkner’s prose and early-morning strolls on the ivy-covered campus of my dreams. Incidentally, I never did become a writer or an artist after all, though in my life as a literature professor now I get to study and write about the finest examples of both.

Let your environment — your peers, your professors, and the ivy on these walls — inspire, influence, and guide you, but most importantly, be your own shepherd and guide. 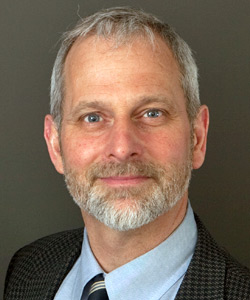 William Wohlforth dropped out of high school before eventually earning his G.E.D. and studying international relations at Beloit College. (photo courtesy of the Dickey Center)

Thirty-five years later, it is hard to be specific.  But I do recall huge enthusiasm.  I did not like high school and, frankly, was not much of a student. I actually dropped out, took a blue-collar job and ended up earning a G.E.D. from the State of New Jersey.  But college! That would be different. I was looking forward intensely to this more scholarly, more serious educational experience, which would unfold at a whole new level utterly unlike the rote, cookie cutter, one-size-fits-all approach I thought had typified my high school years.  And I was not disappointed.

My aim was to live off the grid on a self-sustaining organic farm in Lyme, N.H. Failing that, my cousin and I figured that we might find an old derelict schooner, refit her, and sail the world, carrying and trading enough cargo to sustain our voyage indefinitely.

The possibility of a career in scholarship and teaching did occur to me later in my undergraduate days—both my mother and grandfather were professors—but it was common knowledge in the late 1970s that there was a glut of PhDs and the best you could hope for if you took that route was a career as a very articulate taxi driver.

You have already made the key choice to opt for a broad liberal arts education, not some pre-professional training program.  Having made the choice, you might as well embrace it, have fun with it, and experiment intellectually.