Bringing the World Into the Classroom

Whether they are leading foreign study programs in China or Rome, or exposing students to music from around the world, Dartmouth faculty have expertise that spans the globe. Below, five members of the faculty discuss their field work and what students learn from their foreign study experiences. 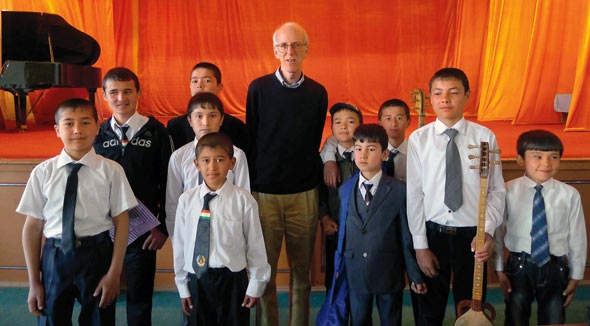 “Year after year, students report that what’s most interesting about my world music classes is the visiting musicians I bring from around the world. I try to set up situations in which musicians not only perform for the class, but also talk about their music. I tell students from the start that the point is not to like all the music they hear, but to understand it and the worldview it represents. I get excited when I see students beginning to develop fluency in musical languages not their own. Studying world music offers one way to strengthen pluralism and cosmopolitanism—surely a key goal for arts and humanities in the context of a liberal arts institution.”

Producing Global CitizensGraziella Parati, Paganucci Chair of Italian Languages and Literature and chair of the French and Italian Department

“My work is devoted to migration studies and, in particular, contemporary migrations to southern Europe. This is my contribution to the larger issue of global migrations. I am writing my second book on this topic. It focuses on immigration and urban space and I am concentrating on Milan and Rome. Our mission as educators is to make sure that our students become global citizens, and exposing them to global issues is part of our teaching agenda. Connecting such large-scale issues to particular local cultures helps them learn, from general to particular issues and vice versa.” 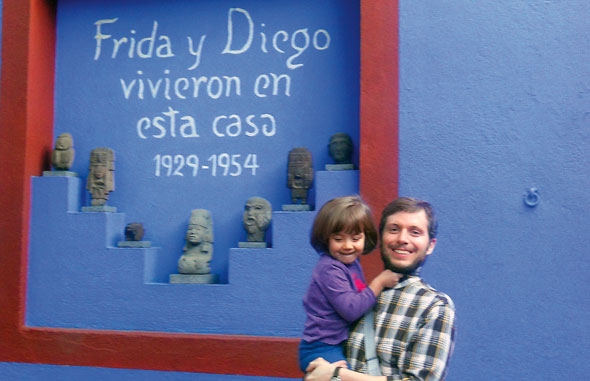 Gómez L-Quiñones, a native of Spain, is leading the Department of Spanish and Portuguese’s Madrid Foreign Study Program (FSP) this fall. This will be the fourth off-campus program he has led. “I want the students to learn about the new places they are living in and about themselves, and I attempt to facilitate that process. This effort to re-examine one’s ideas and assumptions from a different perspective is a great, unique opportunity that a FSP provides our students.” Accompanying him will be his wife, Irasema Saucedo, a senior lecturer in Spanish, and their two daughters, 4-year-old Alba and 8-month-old Valentina. 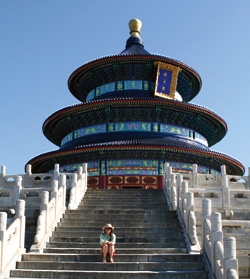 Professor Kui Dong on the steps of China’s Temple of Heaven. (photo courtesy of Kui Dong)

“I am very excited about directing the first Dartmouth Music Foreign Study Program (FSP) in Beijing next spring. This is a project-based FSP that offers intensive music study and cultural exploration of modern China within the context of globalization. The program will be located at the Central Conservatory of Music, and Dartmouth students will be studying with me and conservatory professors and interacting with Chinese students. In addition to attending 35 to 40 world-class performances, participants will visit other art academies, such as Beijing Film. The program will also take students to both modern Chinese cities and ancient towns.” 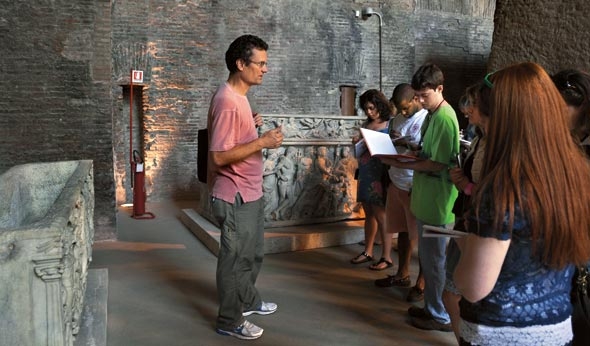 “There is nothing on campus that approximates the Foreign Study Program experience. The students have no other classes, no other extracurricular experiences. We work together from the morning to the evening; the program provides a focus and intensity that is ultimately transformative. By the end of the 10 weeks, the students have acquired a competency to teach themselves and each other; they have learned how to ‘read’ an archaeological site, learned how to articulate what they have seen, and in most cases matured and grown into more confident and sensitive young men and women who are more aware of their own culture through living in Italy.”