Millions of Americans will tune in October 3 to the primetime presidential debate between Barack Obama and Mitt Romney—though the debate may have a minimal impact on swaying the opinion of voters, according to many commentators. 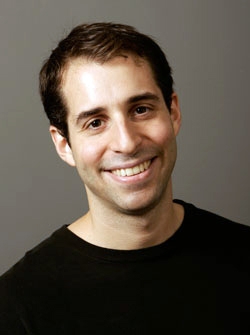 Joseph Bafumi, associate professor of government, says, “If there is a winner, it may be determined less by the candidates’ debate performance and more by the media coverage the debate receives afterward.” (photo by Joseph Mehling ’69)

“By the time [the debates] take place, most voters have made up their minds and the audience is largely a self-selected group of people rooting for their preferred candidate,” says Assistant Professor of Government Brendan Nyhan. “Each side tends to interpret their candidate as ‘winning,’ and the net effect on the polls is minimal.”

Presidential debates are often remembered more for defining moments or gaffes than for the persuasiveness of candidates’ arguments. When questioned about his age during a 1984 debate with Walter Mondale, Ronald Reagan delivered a memorable one-liner, joking that he was “not going to exploit, for political purposes, my opponent’s youth and inexperience.” In a 1992 debate, then President George H.W. Bush glanced at his wristwatch, which some voters interpreted as a sign of indifference. In the most recent election cycle, there was analysis of John McCain’s snubbing of Obama’s offer to shake hands after a debate.

“I am simultaneously fascinated and horrified by the way the media covers debates—in particular, the storytelling about body language and the search for ‘decisive moments,’” says Nyhan. “It’s mostly nonsense.”

Dartmouth Trustee Morton Kondracke ’60, senior editor and columnist for Roll Call, says fact-checker organizations have tried to refocus on the substance of the discussions. But these groups’ messages, he says, are often lost amidst the widespread “drama criticism” in the media. Despite this, Kondracke says, presidential debates remain important and necessary, and he hopes there will be a significant discussion between President Obama and former Massachusetts Governor Romney that voters pay attention to.

“There really are substantive differences in their approach to government,” he says.

Joseph Bafumi, associate professor of government, says each candidate should have different goals for the upcoming debates.

“Obama is doing well so far. He just needs to have sensible answers to all the questions—especially to the charges that Romney makes—keep his composure and continue to look presidential,” he says.

On the other hand, Romney needs to be persuasive: “He has to convince viewers and the media that he would be a more capable president than Obama,” says Bafumi.

Still, it may take more than persuasion to make a major difference in November.

Linda Fowler, professor of government and the Frank J. Reagan Chair in Policy Studies, says many voters have already determined whom they will support. “Given how few undecided voters remain,” she says, “I think that something out of the ordinary would be necessary to give either candidate a decisive advantage.”

The first general election presidential debate, between John F. Kennedy and Richard M. Nixon, was nationally broadcast in 1960. However, debates between party nominees did not become a fixture of presidential election seasons until 1976. Since then, debates have provided voters with a rare look at the candidates’ unscripted interactions as they discuss issues. The format of debates has evolved over the decades, with candidates sometimes sitting, sometimes standing, the audience occasionally participating, and candidates fielding online questions.

The three debates this October will have certain differences. Three television stations will broadcast the events, and each will have its own moderators and formats. Fowler says the varying formats and moderators make it difficult to predict which candidate will perform better. “One type may prove more advantageous to one or the other of the candidates,” she says. 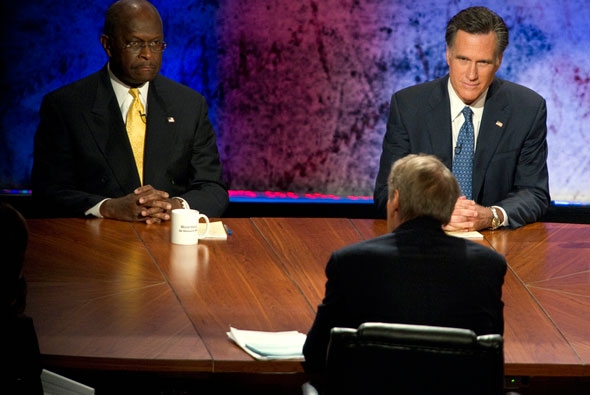 Kondracke, who served on a panel for the final Reagan and Mondale debate in 1984, says one fundamental change is the shift from a lineup of journalists asking questions to the contemporary model of a single moderator. Some debates have also incorporated a “town hall” format, in which questions are taken from audience members.

“The old format was a set-piece battle with pre-prepared questions,” he says, adding that the current format allows some flexibility in responses and rebuttals. However, says Kondracke, in either arrangement candidates have predetermined goals.

“Candidates know what they want to say and have a sound bite they’re looking to deliver, which they hope will be the lead in the news stories that follow,” he says.

Bafumi suggests the strength of arguments made by the candidates might not be the main factor in deciding a winner.

“If there is a winner,“ says Bafumi,  ”it may be determined less by the candidates’ debate performance and more by the media coverage the debate receives afterward.”