For 40 members of the Class of 2013, this fall marks more than the start of their senior year at Dartmouth. It also opens the final chapter of an experience that began their first year, when they became the inaugural group of Great Issues Scholars (GIS). While GIS influenced their Dartmouth career, these students are leaving a significant imprint on the program, too. 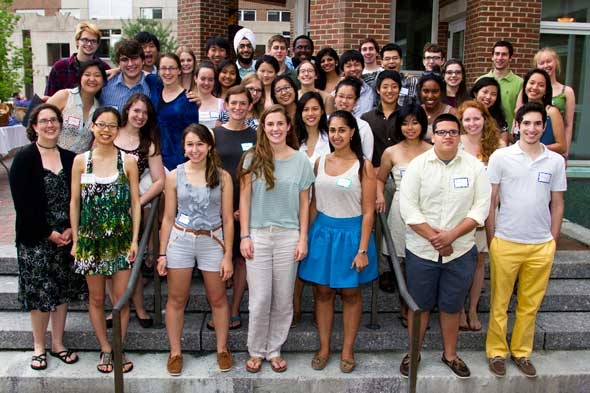 GIS is run by The John Sloan Dickey Center for International Understanding. The first-year program seeks to engage students in global affairs at the outset of their Dartmouth careers. The name comes from the former “Great Issues” course mandated by President John Dickey, in which Dartmouth seniors heard lectures from journalists, politicians, and statesmen discussing the pressing matters of the day.

“We envisioned GIS to do, on a small scale, what John Sloan Dickey’s ‘Great Issues’ course did— inspire students to wrestle with the big issues of our world,” says Christianne Hardy Wohlforth, acting director of the Dickey Center. “But we sought to do this early in their Dartmouth career so that, once inspired, they could still take advantage of all the marvelous resources we have across the curriculum.”

GIS usually accepts 50 students from about 150 applicants. GIS students are required to attend three to five events per term throughout their first-year. When GIS started, most of the activities were lectures. As the program evolved, though, events became more interactive. Amy Newcomb, student programs officer for the Dickey Center, says the first group of scholars was instrumental in this shift.

“We’ve learned a lot from this original group,” says Newcomb. “They’ve really helped shape the program with their great feedback.” 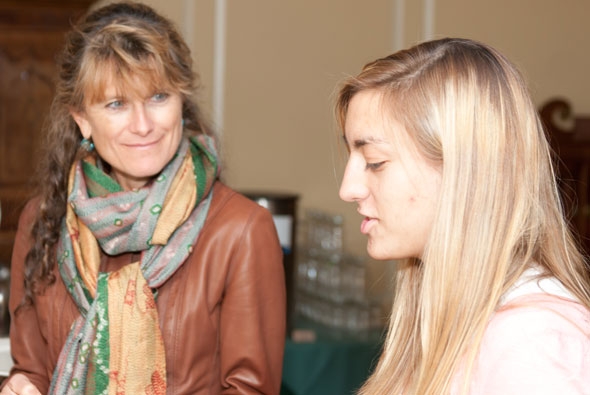 Members of the inaugural GIS class say the program influenced their academic experience and gave them new perspectives on current events.

“The best thing about the Great Issues Scholars program is that it informs you about some of the world’s greatest problems, and enables you to meet incredible people tackling these problems,” says Liz King ’13.

GIS also helps cultivate students’ interests by connecting them with faculty members and campus groups. Paul Strauch ’13 recommends GIS to incoming students; he says the GIS experience was beneficial throughout his college career.

King says she has seen positive changes in the program during her time at Dartmouth.

“I have seen the program grow significantly in depth, scope, and quality,” she says. “Every year the scholars seem to increase exponentially in enthusiasm and dedication to the program.”

Members of the Class of 2015 are the most recent beneficiaries of the innovative programs. Last year’s events began with a daylong retreat, during which students simulated an international conflict in the South China Sea. Participants were assigned to small groups, each representing an involved country. Throughout the day, groups held extensive diplomatic meetings with other “countries,” trying to represent the interests of their assigned nation and negotiate a joint resolution. Fred Hill, a former State Department official, oversaw the activity.

“GIS was absolutely one of the best parts of my freshman year,” says Xin “Mary” Yi Peng ’15. “I loved meeting professionals who dedicate their lives to internationally focused work and have become experts in their fields.”

In addition, last year students toured the Ice Research Laboratory at Thayer School of Engineering, and spoke with Jacqueline Novogratz, CEO and founder of the Acumen Fund, which invests in companies that promote better living conditions in impoverished regions. Many will attend this year’s International Development Conference at Harvard. Through these programs, Newcomb says, GIS introduces students to ideas that will shape their academic career.

“When they complete GIS,” Newcomb says, “the scholars are ready to take on their Dartmouth experience with an enhanced global perspective.”

The application for the Great Issues Scholars program is due September 11.