Science Stars Head to Dartmouth for the E.E. Just Symposium 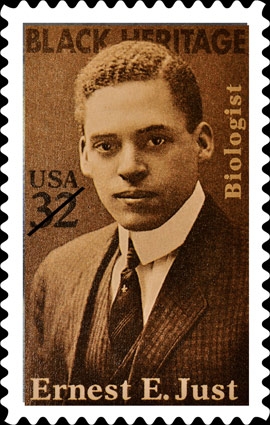 “This is not your father’s symposium. This is a gathering of eagles,” says Dartmouth theoretical physicist Stephon Alexander in describing the inaugural E.E. Just Symposium. The conference is drawing some of the most prominent figures in the sciences to Dartmouth, September 27-29, 2012. Alexander is the newly appointed E.E. Just 1907 Professor of Natural Sciences.

The symposium celebrates the spirit of scientific courage and interdisciplinary research epitomized by E. E. Just’s scientific contributions. “Dealing with the barriers of prejudice and discrimination, Just demonstrated vision and courage as he strived to advance his science,” says Alexander.

Ernest Everett Just, Dartmouth Class of 1907, was a pioneering cellular biologist and one of the institution’s earliest African American graduates. He was a founder of cellular holism, a concept that is only now appreciated for its significance. His approach brought together the sciences of embryology and genetics, foreshadowing today’s epigenetics—the cutting-edge discipline focused on heritable changes that occur outside of DNA and control gene expression. 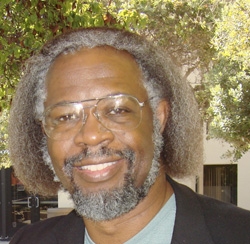 S. James (Jim) Gates Jr., lead-off keynote speaker at the E.E. Just Symposium, is the John S. Toll Professor and director of the Center for String and Particle Theory at the University of Maryland. (photo by Roger Nygard)

The list of luminaries at the symposium includes University of California-Berkeley mathematician, playwright, author, and actor Edward Frenkel; Professor of Cell Biology and Neuroscience George Langford, dean of the College of Arts and Sciences at Syracuse University and Dartmouth’s first E.E. Just Professor; Princeton’s award-winning theoretical physicist David Spergel, who chairs the National Academy of Arts and Sciences Committee on Astronomy and Astrophysics; and many more.

“We have specifically limited the length of presentations to allow for questions and discussion,” says Alexander. “We are particularly interested in encouraging student participation, as dialogue and interchange with the visiting scientists can be a transformational experience for the young scholars.”

Stephon Alexander, born in Trinidad and raised in the Bronx, is in line for an accolade from the Trinidad and Tobago National Institute of Higher Education, Research Science and Technology (NIHERST). Alexander recently learned that he will receive a sterling silver medal for his accomplishments in the field of science and technology.

The medal represents the Julian Stanley Kenny (1930-2011) Award for Natural Sciences that NIHERST is presenting in partnership with the Ministry of Science and Technology and the Caribbean Academy of Sciences. The award is named for the eminent zoologist, ecologist, and environmentalist who taught at the University of the West Indies, St. Augustine, for 25 years.

“An important aspect of our work is to recognize and reward citizens for their outstanding achievements in science and technology,” says NIHERST President Maureen Manchouck. “Linked to this is the documenting of the life stories and work of these scientists so they can stand out as known role models for our youth to emulate.”

“I am honored to receive such recognition from my native Trinidad,” says Alexander, “and to be placed in the position of a role model for younger generations is even more gratifying.”

The ceremonial presentation of the award will take place in Trinidad on September 29.

Alexander is also the director of the E.E. Just Program, which aims to increase the number of minority students majoring in the sciences. In conjunction with the symposium, Alexander plans to involve about 40 E.E. Just Program students, pairing them up with the presenters to foster interaction and future collaboration.

“I relish the prospect of training and enabling the next generation of minority students to partake in the scientific enterprise,“ says Alexander.

Links to information on all the distinguished participants, as well as schedules, may be found at www.dartmouth.edu/~eejust/symposium/.