A World of Possibilities

At most colleges that participate in Division I athletics, foreign study is not typically an option for student-athletes. At Dartmouth, however, the D-Plan’s quarter system opens a world of possibilities. 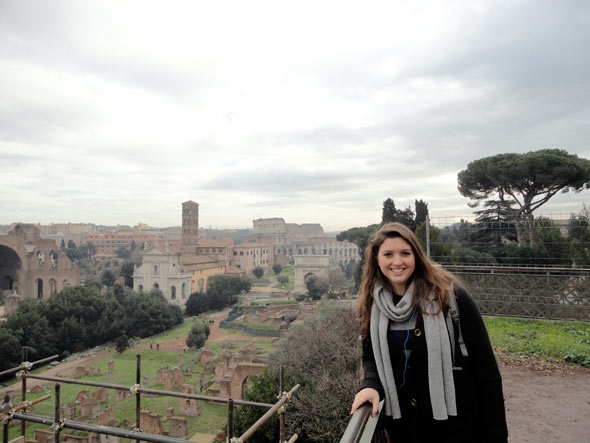 Women’s lacrosse coach Amy Patton ticks off the countries her players have visited during terms away from campus. “China, Australia, South Africa, Costa Rica, and all over Europe. Last year Courtney Bennett ’13 was in shark tanks off South Africa studying sharks and then helped with animal care at a wildlife refuge,” says Patton, whose team won the 2012 Ivy League Women’s Lacrosse Tournament. “Our players come back much more independent and mature. The value far outweighs whatever they’re missing in lacrosse.”

“It’s one of the big advantages we have—that our student-athletes can go abroad and still maintain their Division I athletic commitment,” says men’s soccer coach Jeff Cook, whose 2011 Ivy League championship team also gained international playing experience when they hosted a game in April with the Haitian national team. “We definitely talk about it in recruiting because at some other Division I schools with semesters, coaches just don’t allow their players to study abroad.”

Dartmouth is a top 10 institution for undergraduate study abroad, according to a 2011 report by the Institute of International Education, with 60 percent of students participating during their academic careers. In any given year, 10 percent of Dartmouth’s student-athletes enroll in off-campus programs. A number of student-athletes say the D-Plan played a role in their decision to matriculate at Dartmouth. 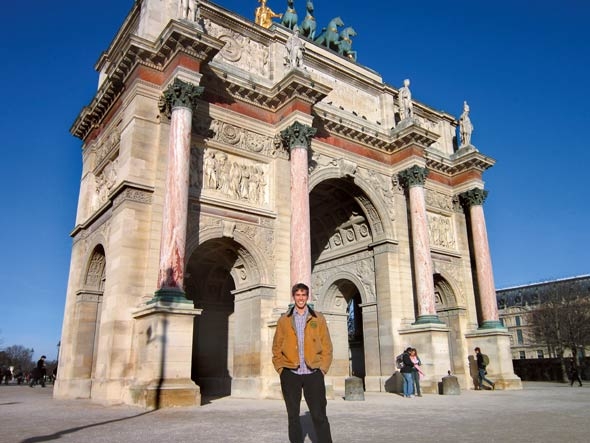 Ryan Archer ’13, a computer science major minoring in French, kept in shape by using the ergometer at a Paris gym during his French Foreign Study Program last winter. (photo courtesy of Ryan Archer ’13)

“I always knew I wanted to study abroad, and because golf is a fall and spring sport, that would have been nearly impossible at any semester school,” says women’s golfer Evan Sterneck ’14, who participated in Dartmouth’s endowed program in Rome, The Honorable Frank J. Guarini NIAF Italian Language Study Abroad Plus.

While Sterneck was unable to play golf during her 2012 winter term away, she joined a local gym and worked out before class. Most student-athletes follow suit, and many find a way to practice.

During their transfer terms in Barcelona, women’s basketball player Eve Zelinger ’14 befriended some Spanish players and shot hoops in their gym, while men’s soccer players Colin Skelly ’14, Patrick Murray ’14, Justin Rosner ’14, and Stoian Nedelchev ’13 trained twice a week with FC Sarria, a local soccer club. John Higgins ’14 and six of his football teammates “ran on treadmills or at the beach. It was tough to find a field to run on and to throw a football, but we managed.”

And Kelly Wood ’14 found that running through the streets of Barcelona during her Spanish LSA refreshed and motivated her for the cross country and track and field seasons. “It helped me realize why I love running,” she says.

Women’s tennis captains Jeri Reichel ’13 and Sarah Leonard ’13 both recommend foreign study programs to their fellow student-athletes. “The most obvious benefit was a deeper understanding of a foreign culture and, subsequently, a more nuanced view of my own,” says Reichel, who participated in the Spanish FSP in Madrid.

Adds Leonard, who went on the philosophy FSP to Edinburgh, Scotland, “studying abroad is not only a time for academic enrichment, but also a time for personal growth. It’s an important dimension of the Dartmouth education and it greatly enhanced my collegiate experience.”