Dartmouth alumna Terry Plank ’85 has been named one of 23 new MacArthur Fellows for 2012. She is a professor in the Department of Earth and Environmental Sciences at Columbia University. 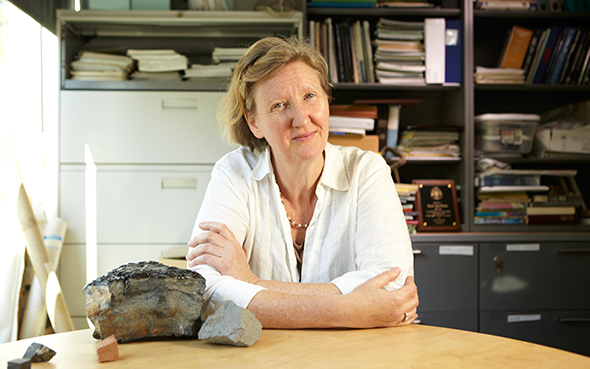 The fellowships, widely known as the “genius grants,” go to “talented individuals who have shown extraordinary originality and dedication in their creative pursuits and a marked capacity for self-direction,” the MacArthur Foundation says. It describes Plank as a geochemist “working literally at the edge of phenomena shaping the Earth’s crust.”

Dartmouth President Emeritus Jim Yong Kim was also a recipient of a MacArthur award. Kim, a public health physician who worked throughout the world on HIV/AIDS prevention and treatment, was a member of the 2003 MacArthur class of fellows.

Additionally, the late Donella “Dana” Meadows, who was professor emeritus of environmental studies, received a MacArthur fellowship in 1994, in recognition of her work on conservation and the environment. Meadows, a Dartmouth professor for 29 years, died in 2001.

Read the full story, published 10/2/12 on the MacArthur Foundation website.