“The human mind is built for approximations,” begins Jerald Kralik in a paper published October 3, 2012 in the Public Library of Science (PLoS). “While useful in many situations, this … can lead to apparently irrational decision-making.” 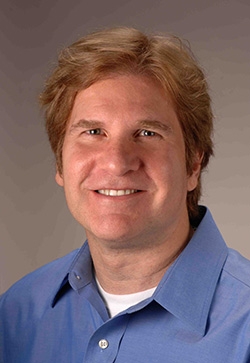 Jerald Kralik, lead author on a new Public Library of Science paper, is an assistant professor in the Department of Psychological and Brain Sciences.
(photo courtesy of Jerald Kralik)

“Like humans, monkeys can make irrational decisions when making choices. When making decisions about the value of an assortment of different objects, people approximate an average overall value, which though frequently useful can lead to apparently irrational decision-making,” writes the PLoS in its summary announcement.

The paper cites studies in which people demonstrated a willingness to pay more for a small set of high-quality goods than for the same set of high-quality goods with lower-quality items added. To test whether this kind of choice behavior could also be seen in other primates, Kralik and his team carried out both laboratory and field experiments using rhesus macaque monkeys. 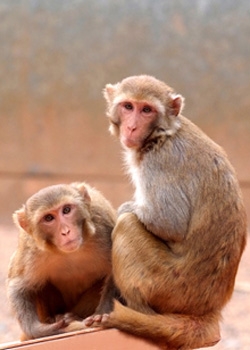 In these experiments, Kralik and his Dartmouth group showed for the first time that both human and non-human primates follow similar decision-making routines that may not necessarily be rational. Kralik sees these shared behaviors as a “way of simplifying the world around us, making choices easier, sometimes at the expense of ‘rationality.’”