Face blindness, or prosopagnosia—the technical term—is a condition in which people display an inability to recognize faces. By its nature, it is complex and challenging—to those afflicted by it and to the scientists who attempt to divine its causes. 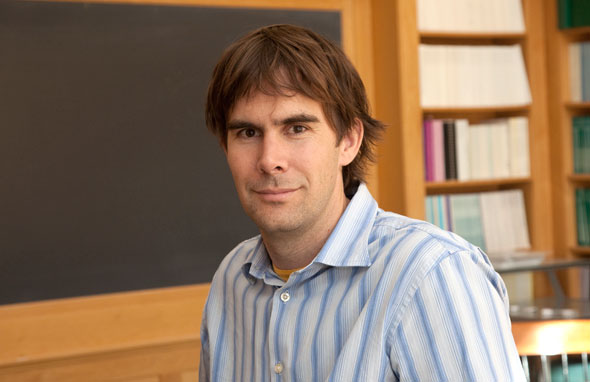 Bradley Duchaine is researching what goes awry in the brains of prosopagnosics—people who are unable to recognize faces. (photo by Joseph Mehling ’69)

Bradley Duchaine, an associate professor of psychological and brain sciences at Dartmouth, is one who has taken up the challenge. He is seeking to understand the complexity of what is actually taking place in the brain, trying to understand the cognitive, neural, and genetic factors contributing to the condition.

In the accompanying video, Duchaine discusses how research is carried out—through behavioral experiments, magnetic resonance imaging, and family studies—in pursuit of his ultimate goal of helping to improve face processing in people with prosopagnosia. In the conduct of his investigations, he perceives that there may also lie paths to an understanding of how the brain is functionally organized in general.

Dartmouth Now has previously reported on some of Duchaine’s work, as well as his interviews with CBS’ 60 Minutes and Vermont Public Radio’s Vermont Edition.