Video: Freeman Hrabowski, One of ‘TIME’s’ Most Influential, on Higher Education

Freeman Hrabowski III, president of the University of Maryland, Baltimore County (UMBC), discusses the need for innovation in colleges and universities, where the U.S. stands globally in higher education, and Dartmouth’s strategic planning process. 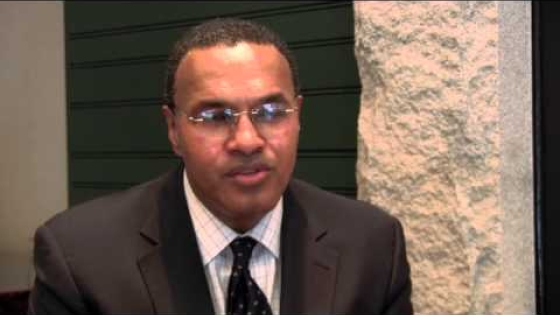 Hrabowski has served as president of UMBC since 1992. In 2009, TIME named Hrabowski among “The Top 10 College Presidents.” This year, the magazine listed him as one of “The 100 Most Influential People in the World.” Hrabowski, whose research focuses on math and science education, spoke at Dartmouth this week about underrepresentation among minorities and women in the fields of science and technology. A child activist in the Civil Rights Movement, Hrabowski graduated from Hampton University (then Hampton Institute) at 19 before earning his PhD from the University of Illinois at Urbana-Champaign at the age of 24.

UMBC opened its doors to students in the fall of 1966 and currently serves about 13,000 students. This year it tied for first in U.S. News and World Report rankings of “Up-and-Coming Schools.”

The next “Leading Voices in Higher Education” speaker will be Ray Kurzweil on November 8.