A War of Words (The New York Times) 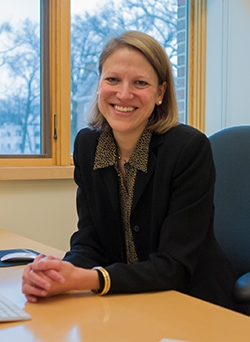 Colleen Glenney Boggs is an associate professor of English and of women’s and gender studies. (photo by Eli Burakian ’00)

“A War of Words,” an opinion piece by Dartmouth Professor Colleen Glenney Boggs, is featured in The New York Times series Disunion, which revisits the unfolding of the Civil War. Boggs, an associate professor of English and of women’s and gender studies, discusses the important role literature played in the Civil War.

“Today, we distinguish between history and literature, viewing them as opposites when we insist on separating fact from fiction; for 19th-century Americans, the two were intricately bound,” writes Boggs, the director of the Leslie Center for the Humanities. Poems such as James R. Randall’s “Maryland, My Maryland” give us a “unique perspective on how contemporaries experienced the American Civil War,” Boggs says.

Boggs continues, “We usually don’t think of literature as changing the course of history, and if we do, we look for a specific cause and effect. But often, literature runs like a conversation through the Civil War—rousing to action one moment, giving rise to parody the next, tying news events to established images and appealing to feelings as much as to reason.”