The publication of Forever New: The Speeches of James Wright, President of Dartmouth College, 1998–2009, will be celebrated at 4 p.m. November 19 at the Top of the Hop in the Hopkins Center for the Arts. 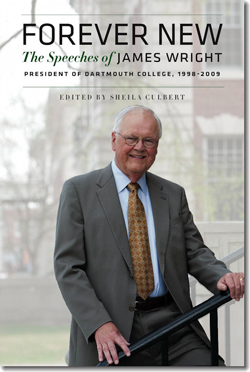 The book was edited by James Wright’s longtime chief of staff, Sheila Culbert, who worked with the now-president emeritus for 15 years, first as assistant dean of faculty, next in the provost office, and then for 10 years in the president’s office.

“Jim Wright’s association with Dartmouth spans more than four decades and consequently he has a great deal of accumulated wisdom about the College,” says Culbert, who since 2008 has been head of the Loomis Chaffee School and president of the Loomis Institute. “The collected speeches provide perspective into his vision for Dartmouth. They reflect his values as president, his priorities, his accomplishments, and as you read the speeches you can see his commitment to students, faculty, the life of the mind, and the institution that he loves.

“The reader will also get an appreciation of the different issues that came up through his presidency and how he responded to them,” Culbert says. “His presidency was a period of significant change. He grew the faculty, strengthened the relationships between the professional schools and the college, enhanced financial aid, increased diversity among students and faculty, put more than $1 billion into the campus, and ran a successful capital campaign—despite significant economic turmoil. These speeches celebrate those accomplishments.”

Wright and Culbert will both speak at the event, as will President Carol L. Folt and English Professor Donald Pease, the Ted and Helen Geisel Third Century Professor in the Humanities and chair of the Dartmouth Liberal Studies Program. The celebration is sponsored by the Friends of the Dartmouth College Library, the Dartmouth Club of the Upper Valley, and University Press of New England, the book’s publisher. Books will be available for purchase, and a book signing will follow. The event is free and open to the public.

Description
The chemistry professor left legacies in the scientific method, lab safety, and encouraging women in science. And former President James Wright says, “She would have been an exceptional university president.”
Logo
Image

Honoring Their Service and Sacrifice 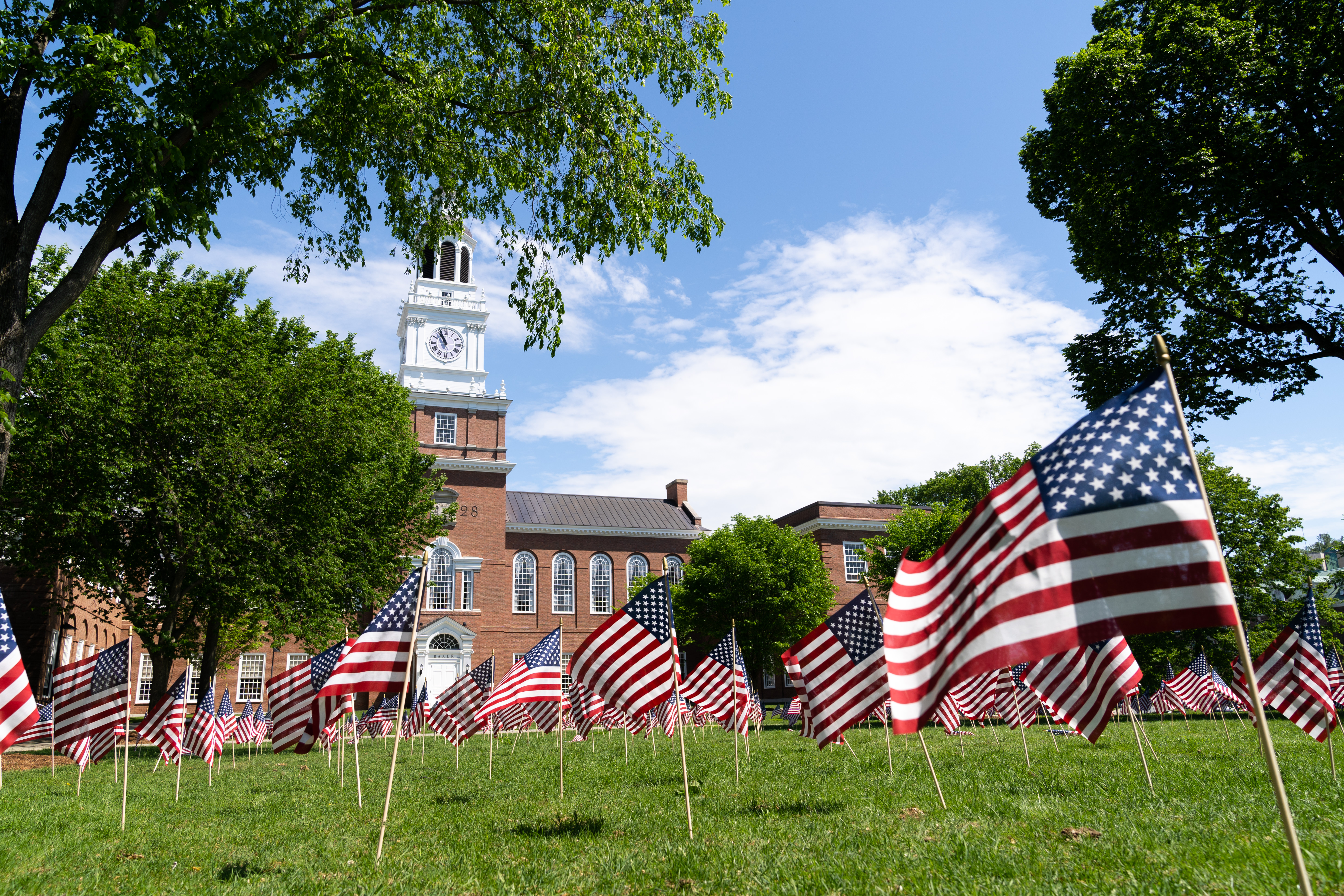