For the second straight year, Dartmouth junior Abbey D’Agostino ’14 took home All-America honors at the NCAA Division I Cross Country Championship as she finished second overall in the 6K event on November 17 in Louisville, Ky. 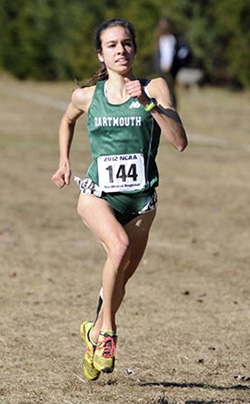 D’Agostino, the Northeast Regional Champion and Regional Women’s Athlete of the Year, finished as the national runner-up, crossing the finish line in 19:28.6. Betsy Saina of Iowa State University finished first with a time of 19:27.9.

Alexi Pappas ’12, a former member of the Big Green women’s cross country and track and field teams, and now a graduate student at the University of Oregon, helped the Ducks win the women’s national championship on Saturday. Pappas was eighth overall with a time of 19:43.9.

Research we have conducted shows that people tend to remember and forget the same images as one another, regardless of the diversity of their individual experiences.