A new partnership formalized this week will allow Dartmouth, Dartmouth-Hitchcock Medical Center (DHMC), and the Indian Health Service (IHS) to pursue common goals, which include developing leaders in the Native American community and promoting the health and well being of more than 2 million Native Americans in the United States.

Vera Palmer, a Native American Studies professor, offers a traditional prayer and blessing before the Memorandum of Understanding signing ceremony at the Top of the Hop. (Photo by Eli Burakian ’00)

“With today’s historic agreement, we have the chance to harness the resources and excitement of our shared communities,” says President Carol L. Folt.

Dartmouth, DHMC, and IHS signed a Memorandum of Understanding (MOU) on Monday, November 12, 2012. The Indian Health Service is a division of the United States Department of Health and Human Services and leading federal health care provider to American Indians/Alaska Natives (AI/AN).

“This is the next step in our commitment to Native Americans and to helping Native communities become healthier and more vibrant,” says Kalina Newmark ’11, senior presidential fellow of global health, IHS relations coordinator at the Dartmouth Center for Health Care Delivery Science, and a member of the Tulita Dene Band, a tribe centered in Canada’s Northwest Territories.

“We’re in a great position to help a population that faces a lot of issues, issues that are more prevalent in Indian Country than in the rest of the U.S.,” says Newmark. She cites a shorter-than-average life expectancy, substance abuse, diabetes, and suicide—especially teen suicide—as major health problems that afflict Native Americans.

Susan Karol ’79, the IHS chief medical officer, a member of the Tuscarora Indian Nation, and one of the driving forces behind the partnership, foresees years of fruitful collaboration.

“Each of the goals of the MOU will improve American Indian and Alaska Native health care overall,” Karol says. The goals include improving undergraduate understanding of Native American health care; recruiting and training health care professionals from the Native community at Dartmouth; and providing educational opportunities for doctors and nurses at the IHS.

After graduating from Dartmouth, Karol earned her medical degree from the Medical College of Wisconsin before joining the IHS. She says her alma mater is uniquely positioned to work with the HIS.

“Dartmouth has made the Indian Health Service a top priority, for which we are most thankful," she says. "Dartmouth has had the vision and enthusiasm to assist American Indian and Alaska Native students in many forms of education and in AI/AN health care pursuits."

From left: Jen Murray ’09, the global health program officer at The Dartmouth Center for Health Care Delivery Science (TDC); Susan Karol ’79, the Indian Health Service (IHS) chief medical officer; and Kalina Newmark ’11, the senior presidential fellow of global health and IHS relations coordinator at the TDC. Murray and Newmark have collaborated with the IHS on establishing its new partnership with Dartmouth. (Photo by Eli Burakian ’00)

The MOU formalizes relations between Dartmouth, DHMC and the IHS, but the signing does not represent the first time these groups have collaborated to improve the health and well-being of Native communities. The Geisel School of Medicine has offered clerkships for medical students at an IHS hospital in Tuba City, Ariz., since 1975. Other students, including undergraduates, have worked with the IHS in Navajo Nation on projects ranging from patient education to research evaluation.

Members of the Dartmouth community and the IHS gathered at the Top of the Hop on Monday evening for an MOU signing ceremony. After a traditional prayer and blessing from Native American Studies Professor Vera Palmer, Dr. John Butterly, executive medical director at DHMC, Folt, and Karol delivered remarks on the occasion.

“This year we are looking to see Dartmouth’s commitments to the Native American community translated into very meaningful action,” says Folt.

Karol reinforced Folt’s remarks. “This memorandum of understanding is a culmination of many years of collaboration. The goal of the MOU is to use the combined strengths and resources of the IHS and Dartmouth. We will have the opportunity to work on projects that will benefit both our institutions. This is truly a day to celebrate and be remembered.” 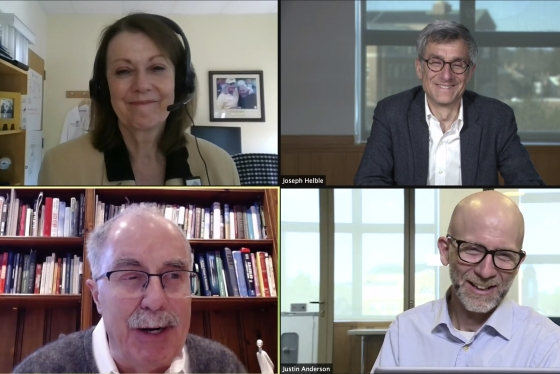 Date
3/07/2021
Body
During two days of sessions at their annual spring meeting, held virtually on March 4-5, members of the Dartmouth Board of Trustees focused...
Image
Thumbnail 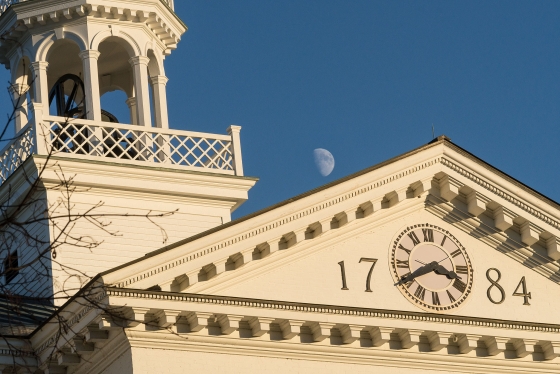