Dartmouth’s 99.7 percent Graduation Success Rate is the highest in the nation among Division I institutions, according to new data released October 24 by the NCAA.

In this video, Director of Athletics Harry Sheehy talks to Dartmouth Now about the Graduation Success Rate, the Dartmouth Peak Performance program, and what impresses him about Dartmouth student-athletes. 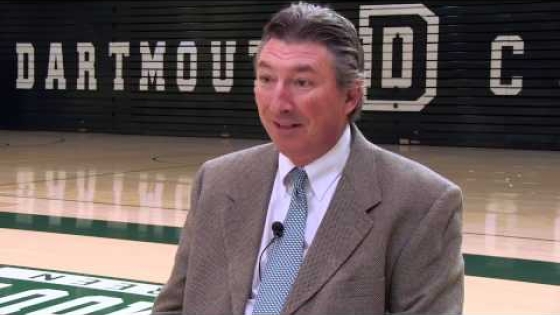 Released last week, the most recent Graduation Success Rate (GSR) data tracks the academic performance of athletes who began college in 2005. The GSR measures the graduation rate of athletes within a six-year period from the date of first-time college enrollment. The Ivy League ranked first among athletic conferences. For all Division I schools, the GSR rate was 81 percent. Dartmouth has 34 intercollegiate varsity sports teams, which include 879 student-athletes.