Two members of Dartmouth’s Mathematics Department have been named Fellows of the American Mathematical Society (AMS) for 2013. They are Carolyn Gordon, who holds the Benjamin Cheney Professorship in Mathematics, and Carl Pomerance, the John G. Kemeny Parents Professor of Mathematics. 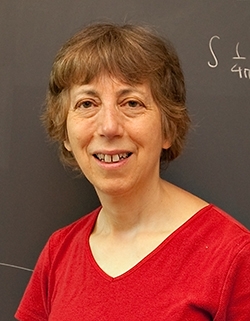 Professor Gordon’s research concerns Riemannian geometry with emphasis on inverse spectral problems, and the geometry of Lie groups—collections of symmetries that are continuous, as in the case of a circle. Professor Pomerance’s areas of expertise include number theory, cryptography, and algorithms.

“As this is the first year of the AMS Fellows program, I think it’s quite an honor to be included as a Fellow,” says David Kotz, associate dean of faculty for the sciences. “It appears that AMS selected a mere 3.7 percent of its members for this honor, worldwide.” 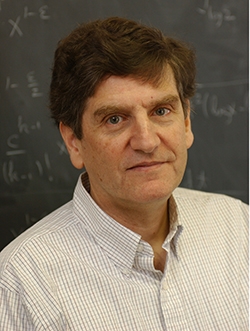 “The Fellows of the AMS designation recognizes members who have made outstanding contributions to the creation, exposition, advancement, communication, and utilization of mathematics,” the Society announced.

AMS President Eric M. Friedlander adds, “The new AMS Fellows Program recognizes AMS members who have contributed to our understanding of deep and important mathematical questions, to applications throughout the scientific world, and to educational excellence.”