Dartmouth Theater Professor Has Role in the Film ‘Lincoln’

When associate professor of theater Jamie Horton appeared in the Dartmouth Department of Theater’s production of Eurydice in February 2011, he never imagined that it would lead to a role in Steven Spielberg’s latest film, Lincoln. 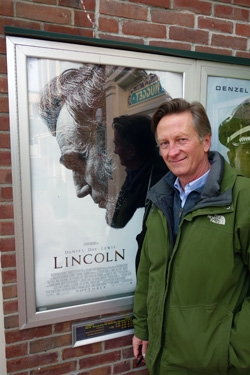 Jamie Horton, who plays U.S. Rep. Giles Stuart, D-N.Y., was encouraged to audition for Lincoln after being spotted in a 2011 Dartmouth Department of Theater production of Eurydice. (Photo by Bonnie Barber)

But after a friend of Eurydice co-star Genevieve Adams ’11 saw Horton in the play, he encouraged Horton to submit an audition tape. Eight months later, Horton was playing the role of U.S. Rep. Giles Stuart, D-N.Y., in a cast that includes Oscar-winning actors Daniel Day-Lewis, Sally Field, and Tommy Lee Jones.

“A Dartmouth theater production is not the typical place that you get a role like this,” says Horton. “But Steven Spielberg brought together actors from all over the country for this picture, many of them experienced actors in my age range from regional theater.”

Horton was a principal actor and director with the Tony Award-winning Denver Center Theatre Company for more than 20 years before he began teaching at Dartmouth in 2006. “And while I play a very small part in the film, it was great to be a small cog in this beautiful piece of work.”

Horton made the movie in the fall of 2011, one of a cast of hundreds in Richmond, Va., where part of the movie was filmed in the state capitol building and on elaborate period sets constructed inside a former pinball machine factory.

As a New York congressman who is bribed to help ensure passage of the 13th amendment abolishing slavery, Horton shared a scene with actors James Spader and Tim Blake Nelson. He was also one of the many actors present for the historic debate in the House of Representatives chamber in which Jones, as Republican U.S. Rep. Thaddeus Stevens of Pennsylvania (a member of Dartmouth’s Class of 1814), makes the case for the 13th amendment.

“I’m a big fan of Tommy Lee Jones, so to watch an actor of that stature up close was a thrill for me, for everyone in that chamber,” says Horton, who can be glimpsed in the film’s trailer. “His acting work, as well as the acting of the whole cast, is really strong. I didn’t get a chance to work with Daniel Day-Lewis, but he gives a towering performance (as Lincoln). It was a remarkable group of people, some of the best people in our business.”

Horton says he will continue pursuing major motion picture film work from Hanover, and also intends to collaborate on local independent films with some of his colleagues in Dartmouth’s Film and Media Studies program and others in the area. During winter break, he plans to finish a screenplay, and then in January will begin prepping for the theater department play he’s directing in February, The Liar.

In the meantime, he wants to see Lincoln a few more times in the theater, now that it’s opened wide across the country and in Hanover (he drove to Boston last week to watch the film for the first time).

“To see it all come together on the screen, to see the fruits of that labor, especially Steven Spielberg’s directing work and all the work of these fabulous actors, is fantastic,” says Horton. “As an actor and as an American, it was an amazing experience to work on this epic movie, and it’s one that I will treasure.” 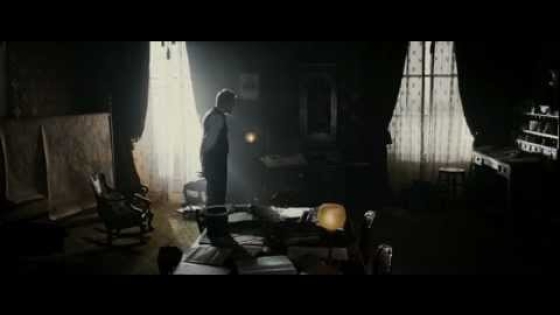