As President Barack Obama won re-election with a victory in the Electoral College on November 6—sweeping a number of key swing states, including Ohio, Pennsylvania, and Colorado—perhaps another clear winner was not as apparent on Election Day: the pollsters. 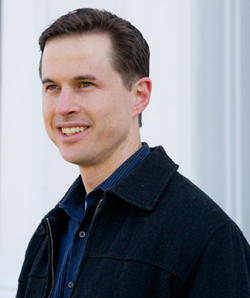 Assistant Professor Brendan Nyhan says new strategies for targeting voters may be a lasting effect from this election season. (Photo by Eli Burakian ’00)

“The polling worked; the data were not skewed,” says Assistant Professor of Government Brendan Nyhan. He adds, with a laugh, “I’m not sure that is a big deal to most people, but it is to me.”

Even with billions of dollars of going toward campaign events, advertisements, and messages in presidential races, Nyhan says, voters are often swayed more by the state of the country. He says this was the case in the 2012 election as pressing issues, particularly the economy, determined the outcome as much as candidates’ messages and campaigning.

“The bottom line is that the economy was just good enough,” says Nyhan. “The results show that an economy growing at a moderate rate is often enough to reelect an incumbent.” 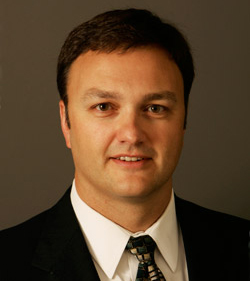 Professor of Government Dean Lacy says the economy did not play a deciding role in President Obama’s re-election. (Photo by Joseph Mehling ’69)

Dartmouth Professor of Government Dean Lacy, on the other hand, says the economy did not swing the election significantly in one direction or the other, and that left demographic groups to decide the election.

“The most important issue in the election was the economy.  But the economy has not improved enough to help Obama win re-election, nor has it declined enough to hurt him,” says Lacy. “That left the election to be decided largely on demographics. Obama held his overwhelming support among African-Americans and strong support among Latinos.  Romney won white voters, especially in the South and Great Plains.” 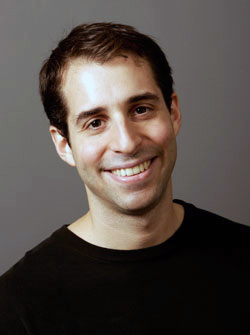 Associate Professor of Government Joseph Bafumi notes that Latinos were one of the few demographic groups that increased their support for Obama.

“Obama made important inroads with Latinos,” says Bafumi. “They turned out in higher numbers this cycle over 2008 and were more likely to vote for Obama this cycle than in 2008.”

In terms of campaign tactics, Nyhan says the lasting legacy of the 2012 election season may be the strategies that “apply the results of scientific research to persuasion and get-out-the-vote efforts.” Campaigns compile data on individual voters, the most important issues to them, and how likely they are to be persuaded to support a candidate. “These tactics are the cutting-edge of campaigns today,” says Nyhan.

Once the polls closed and votes were tallied across the nation, Republicans retained their majority in the House of Representatives, while Democrats kept control of the Senate.

Dartmouth alumni were running in a number of high-profile state and local races, including Dartmouth alumna Kirsten Gillibrand ’88, who defeated Wendy Long ’82 in their Senate race in New York; Angus King ’66, who was elected a U.S. Senator in Maine; and Ann Kuster ’78, who defeated Charles Bass ’74 for New Hampshire’s 2nd congressional district.

After a long and expensive election season, politicians will reflect on the outcome, but also look to the immediate future as the impending “fiscal cliff” crisis looms. The fiscal cliff is the point at the end of the year when lawmakers must decide whether to allow scheduled tax increases and spending cuts to go into effect at the start of 2013.

“The congressional elections left us with another episode of divided government,” says Lacy. “House Republicans appear unwilling to budge on taxes, reducing hope of a compromise to avoid the fiscal cliff.”

“You should always expect gridlock,” says Nyhan. “But the fiscal cliff is unique because the status quo changes if Congress doesn’t act, which gives the president additional leverage.”

Republicans in Congress may be motivated to work with the president to address the impending tax increases, says Nyhan.

“Obama’s biggest legislative accomplishment in his second term,” says Nyhan, “may well be whatever deal addresses the fiscal cliff.”

The Nelson A. Rockefeller Center will host a panel discussion, “What Now? Post-Election Opportunities and Challenges,” featuring three Dartmouth government professors, including Nyhan, Bafumi, and the Frank J. Reagan ’09 Chair in Policy Studies and Professor of Government Linda Fowler at 4:30 p.m. on November 8 in Room 003 at the Center. 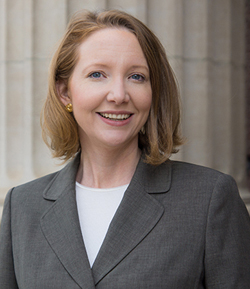 In the weeks leading up to the election, a number of Dartmouth professors offered their insights on the campaign, the nature of political polls, the impact of political advertising, and other matters. 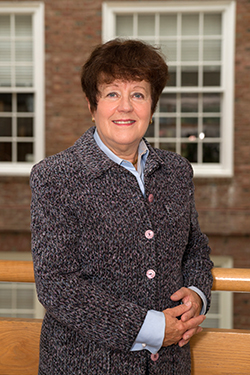 Linda Fowler, professor in the Department of Government and the Frank J. Reagan ’09 Chair in Policy Studies. (Photo by Eli Burakian ’00)

From Linda Fowler, professor in the Department of Government and the Frank J. Reagan ’09 Chair in Policy Studies:

“The dramatic decline in turnout between the mid-1960s and the 2000 election undermined the premise of the presidency as a unifying national presence. And today, if you look at the parties in terms of whom they’re appealing to, you see the old against the young, the men and women on different sides of the fence, the Northeast and the West Coast diverging from the South and parts of the West. This makes it very difficult for any person running for president to command a broad coalition. The whole idea of the president as a ‘national leader’ loses legitimacy, which ultimately harms the way the nation conducts its politics.”

From Randall Balmer, chair of the Department of Religion: 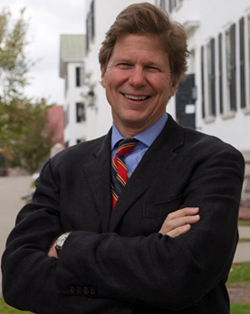 Randall Balmer, chair of the Department of Religion. (Photo by Eli Burakian ’00)

“What is significant is that one major party for the first time in American history has no Protestant on its ticket. There is only one Protestant out of the four candidates on the two major party tickets, and that’s President Obama. On the one level, what you see is this is a logical outgrowth of American pluralism, which has defined our place in the world since the 17th century. On the other hand it is significant that you have a Mormon at the top of the ticket for the first time in American history, and his running mate is a Catholic.”