Deborah Jordan Brooks is an associate professor in Dartmouth’s Department of Government. She joined the faculty in 2003 after working as a senior research director at The Gallup Organization, where she designed and analyzed both domestic and international polls. Her research examines the influence of negative advertising on U.S. elections, public opinion about U.S. foreign policy, public opinion about the U.S. legal system, and whether gender stereotypes cause people to hold female candidates to different and more challenging standards of behavior on the campaign trail.  She is the author of He Runs, She Runs: Gender Stereotypes, Double Standards, and Political Campaigns (Princeton University Press, forthcoming) and has published articles in The American Journal of Political Science, The Journal of Politics, Public Opinion Quarterly, American Politics Research, and Gender and Politics. 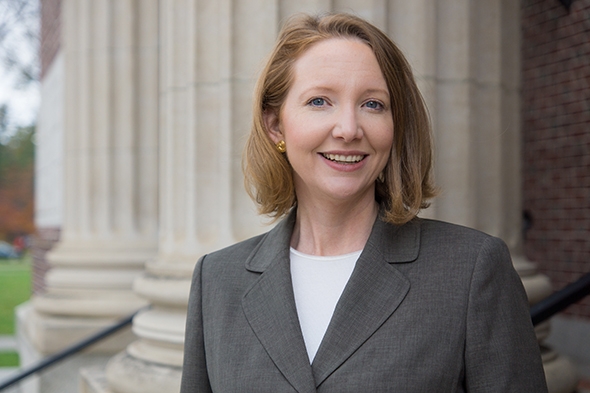 What aspects of this election will people still be talking about many years down the road?

I think people will put more stock in debates as potential game changers after this election. There have only been a few debates in recent history that have changed public opinion in any kind of significant way. The first presidential debate in 2012 shook this election up. It may not ultimately change the outcome, but it did change the course of the campaign.

I think the fact that Mitt Romney’s affiliation with Mormonism has not seemed to hurt him with the Republican base, or with the public at large, as many had predicted that it would, is also rather significant. This seems to signal a level of religious tolerance by Americans that is not to be taken for granted.

But I think this election will most be remembered for issues surrounding campaign finance and political advertising. This election has been a record breaker in terms of political advertising at the presidential level. It is on track to run over a million ads run for the presidential race alone, with the bulk of those ads concentrated in a small handful of states. This is likely to be seen as a watershed election with respect to advertising by independent groups, in particular.

How has this been a watershed election for ads by independent groups?

This is the first presidential election after the landmark Citizens United decision by the Supreme Court, which was expected to greatly accelerate the prevalence of campaign ads sponsored by outside groups rather than by politicians and political parties. Those predictions have proven to be on target: looking at the first three weeks of October (a particularly critical time for candidate advertising), fewer than 5 percent of ads for the 2008 presidential race were sponsored by independent groups as compared to over one-third in 2012.

Given that nearly all ads sponsored by independent groups are attack ads, while a fair proportion of candidate ads contain some positive content, this change probably makes the airwaves seem more hostile to voters, and it has a host of potential implications for democratic elections and accountability more generally.

If the airwaves seem more hostile, might that keep voters away from the polls?

In my research, and in that of most other scholars who work on these topics, there is no evidence that exposure to negative campaigning keeps people from turning out to vote or feeling positive about their own political role. With my co-author, John Geer at Vanderbilt University, we found that even extremely vicious kinds of campaigning—what we term, “uncivil” messages—do not keep the public from participating. People do not like attack ads, but there is just no good evidence that they keep people from participating in democracy, or that tough campaign tactics make people feel more negative about politics in general.

The reality is that people get most of the information they have about politics from ads. The fact that an ad is negative—that is, it focuses primarily on the failings of an opponent rather than on the positive attributes of a candidate—helps to keep people informed. From that perspective, more ads—whether negative or positive— are better for democracy.

But are ads by independent groups as informative—and as accurate—as ads sponsored by candidates and parties? That is an open question. Candidates and parties are potentially accountable to the public for their statements and their actions, whereas independent groups—especially those that are not affiliated with long-standing interest groups—often answer to no one other than a small handful of donors. And since ads can garner valuable free airtime on the news if they are controversial, there are arguably far fewer incentives for ads by independent groups to be accurate and responsible with the messages they include in their ads.

Do voters care about who sponsors an ad, or are all ads the same from a voter’s perspective?

Could that affect election outcomes?

If candidates in both parties sponsored a relatively equal number of ads themselves, and had a roughly equal number of ads sponsored on their behalf by independent groups, the effects would wash out and the question would only be theoretically interesting. There would still be legitimate concerns about the potential influence of such groups on politicians and policy, but election outcomes would not be affected. But an equal balance rarely occurs in the political world, and this election has been dramatically out of balance in a manner that could conceivably affect electoral margins.

In 2012, the total number of ads sponsored by candidates, parties, and/or groups has been slightly greater for Barack Obama than Mitt Romney, but a far greater proportion of Mitt Romney’s ads have been sponsored by independent groups. (For the first three weeks of October, the Wesleyan Media Project reports that 44 percent of ads benefitting Mitt Romney have been by groups, versus just 14 percent of ads benefitting Barack Obama.) That is a major difference. To the extent that negative ads sponsored by independent groups are more effective than comparable ads sponsored by candidates, that could conceivably give Mitt Romney an important edge in advertising effectiveness that cannot be seen in a simple comparison of the number of ads that have been aired.

That being said, there is a great deal of competing information circulating about presidential candidates during any given election, and there are a great many competing sponsors to boot. Where I believe all of these dynamics are potentially most concerning is for lower level offices, where people tend to have less information about candidates overall, and where a given group can potentially have a substantial effect on a given campaign. Imbalances there are common, and may potentially produce substantial effects. And to the extent that elected officials at any level of government may fear that alienating a single deep-pocketed independent group with a particular issue position could jeopardize their re-election, the public should be concerned.