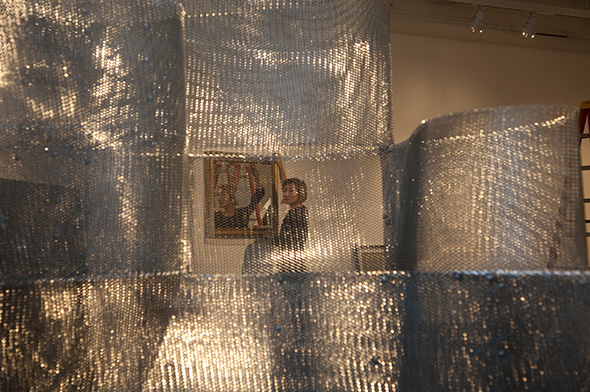 Soo Sunny Park’s exhibition “Prisms of Perception“ was on display in the Jaffe-Friede Gallery at the Hopkins Center for the Arts in 2010. (Photo by Joseph Mehling ’69)

As The Huffington Post notes, the exhibit is meant to showcase the work of Cranbook Academy of Art graduates—Park earned her MFA in sculpture from Cranbrook Academy of Art in 2000. Park, who began teaching at Dartmouth in 2005, is a recipient of the Joan Mitchell MFA Grant, and grand prize winner of the 19th Annual Michigan Fine Arts Competition, Cité Internationale des Arts Studio Residency, Paris, France.