In this video Ray Kurzweil, who spoke at Dartmouth last week as part of the “Leading Voices in Higher Education” lecture series, talks about the challenges facing higher education; the institution he founded, Singularity University; and how technology will shape the classrooms of the future. 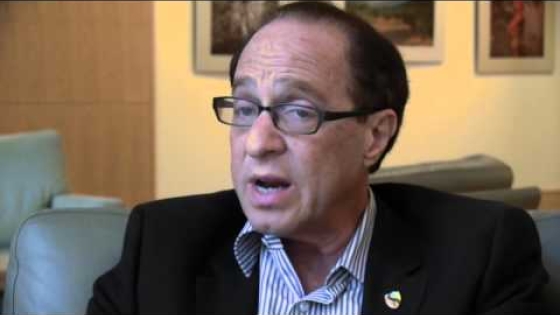 Named to the National Inventor Hall of Fame in 2002, Kurzweil led development on the first print-to-speech reading machine for the blind, the first computer-based keyboard that could recreate the grand piano, and the first “charge-coupled device” flatbed scanner, which is now used in homes and offices. He has written six books including his 2005 work The Singularity Is Near, a New York Times bestseller.

Kurzweil is the recipient of 19 honorary doctorates; the National Medal of Technology, presented by President Bill Clinton; and the Lemelson-MIT Prize, which recognizes individuals whose inventions improve the world.

The “Leading Voices” series started in 2011. The first season, “Leading Voices in Politics and Policy,” brought national political figures, presidential candidates, and policymakers to campus. This summer’s “Leading Voices in U.S. Foreign Policy” included a Pulitzer Prize-winning journalist, a former Defense Department official, and a distinguished Navy admiral. The “Leading Voices in Higher Education,” part of the strategic planning process, has featured visits from prominent writers and other figures in higher education.