Eminent physicists, astronomers, and others gathered at Dartmouth for the inaugural E.E. Just Symposium in September 2012. 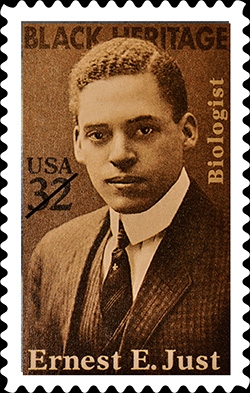 The symposium celebrated the spirit of scientific courage and interdisciplinary research epitomized by Ernest Everett Just. A member of the Dartmouth Class of 1907, Just was a pioneering cellular biologist and one of the school’s earliest African American graduates.

Scientists and students in standing-room-only sessions heard about scientific theory, historical developments, and what the future may hold. Dartmouth physicist Stephon Alexander, the E.E. Just 1907 Professor, welcomed attendees and introduced each of the three keynote speakers.

Dartmouth Now had the opportunity to conduct interviews in which the keynote speakers expressed their perspectives on the legacy of E.E. Just, the symposium itself, and the need for innovative pedagogy. The speakers also addressed the recruitment of young students in the STEM fields—science, technology, engineering, and mathematics—among underrepresented minorities, in particular.

View the recorded interviews below:

Sylvester James (Jim) Gates, Jr., John S. Toll Professor of Physics and Director of the Center for String and Particle Theory at the University of Maryland, member of President Obama’s Council of Advisors on Science and Technology (PCAST).

George M. Langford, Dean of the College of Arts and Sciences and professor of Cell Biology and Neuroscience at Syracuse University; Langford was the first E.E. Just Professor and director of the E.E. Just Program at Dartmouth.

David Spergel, Charles A. Young Professor of Astronomy on the Class of 1987 Foundation and chair of the Department of Astrophysical Sciences at Princeton University.

Their full keynote lectures may be viewed through these additional links: