Dartmouth engineering students Joseph Anthony ’12 and Theodore Sumers ’12 are among the 45 college teams awarded grants by the U.S. Environmental Protection Agency (EPA) for Phase I of its People, Prosperity and the Planet annual student design competition. Each grant, totaling up to $15,000 per team, is applied toward designing and developing sustainable technologies to help protect people’s health and the environment while promoting economic development. 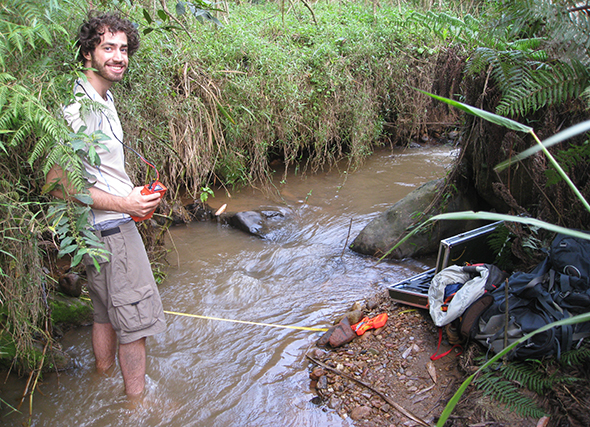 The Dartmouth team project—called “Small-Scale Hydropower Generation And Distribution System For Rural Electrification”—states two main goals: “1) implement a hydropower system in Rugote, Rwanda, that transmits power to the village center; and 2) establish a battery box-based distribution model, in partnership with community members, that generates a profit that is invested back into the system.”

The project is an extension of Dartmouth Humanitarian Engineering’s (DHE) ongoing effort to implement pico-scale hydropower systems in rural Rwanda. DHE has already successfully installed two small (less than 1 kW) hydropower sites there and have identified a third site at Rugote where they plan to scale their system up to generate 3-5kW of power and install a transmission system that will bring electricity to the heart of the village. Photos from DHE’s efforts in Rwanda can be viewed here.