Wearing a faded pink shirt underneath blue overalls, Amos Kennedy sings Prince’s “Purple Rain” as he prepares for a workshop in Dartmouth’s Letterpress Studio. If there’s anything as colorful as Kennedy’s artwork, it’s clearly his personality. 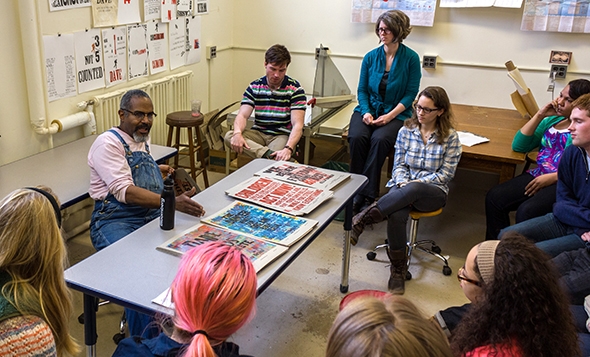 Kennedy has been on campus this week as part of Dartmouth’s Martin Luther King Jr. Celebration. He signed on to lead letterpress workshops, meet with classes, and talk during a symposium on poverty, and an exhibit of his posters has been on display in Baker-Berry Library. Also on the schedule is a screening of Proceed and Be Bold!, a documentary about Kennedy, at 7:30 p.m. on Wednesday, January 30, at the Hood Auditorium.

Kennedy, whose work can be found in New York’s Metropolitan Museum of Art and in collections at Northwestern University and the University of Illinois, quit his job as a computer programmer at 40 to dedicate himself to the art of letterpress. He shrugs off the career change as “one of them weird things that happen to you in your life.”

“Some people say it was a midlife crisis, but I say, no, my midlife crisis won’t happen until I’m 90,” says Kennedy, who is 62. “I just like putting ink on paper.”

He is not the only one. Kennedy says letterpress is experiencing a revival, which he believes is a pushback to the digital age. “I think that a lot of students have worked in the digital age for so long that the idea of working with your hands is really, really interesting and something that students want to explore.”

Students were able to watch Kennedy at work and create their own posters, which some asked Kennedy to autograph. 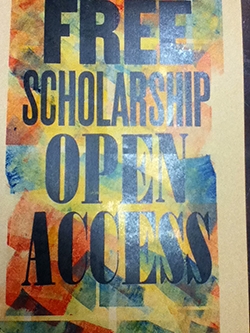 A student-created poster from a workshop with Amos Kennedy this week. (Photo by Keith Chapman)

Sadia Sheikh-Hassan ’13, one of many who attended the public workshops this week, says she came after seeing his exhibit in Baker-Berry. “The artwork is just very different,” she says. “The messages are very powerful, almost confrontational, in a sense.”

Kennedy, who earned his MFA from the University of Wisconsin, says he has been pleasantly surprised by Dartmouth’s commitment to book arts, a subject most colleges don’t teach. “To have a book arts program is very, very impressive. And to have the support of the administration for book arts is very good,” he says.

Kennedy is something of a nomad, having lived in Louisiana, Milwaukee, Chicago, Cleveland, North Carolina, and Liberia, among other places, and he recently moved again—this time to Detroit, where he plans to start the Detroit Printing Plant. He envisions the press as a place for those who are interested in letterpress, but don’t have the means or supplies, to create art.

Kennedy says he hopes he can teach students that one can be poor and happy at the same time.

“If you follow the thing that you love—that creative process that you love the most—it will provide for you,” Kennedy says. 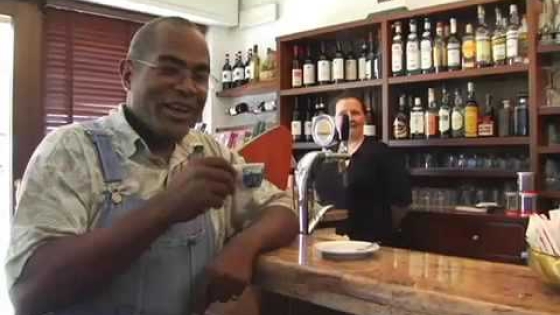