From Slapstick to Searing Drama, the Best Silent Films, With Live Accompaniment 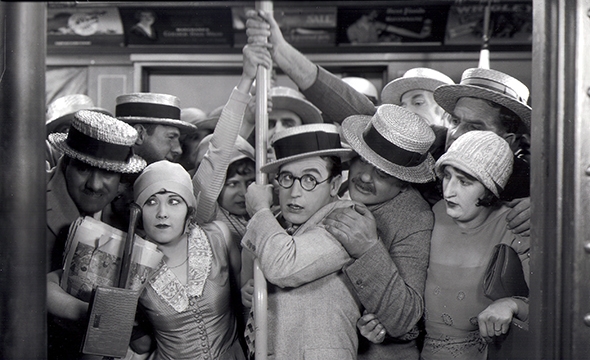 In Speedy, one of the festival’s offerings, Harold Lloyd’s character, center, attempts to save the last horse-drawn trolley bus from greedy railway magnates. (Photo courtesy of the Hopkins Center)

The weekend celebrates the Pordenone Silent Film Festival, from Italy, which, since its creation in 1982, has established itself as the leading international event dedicated to the preservation, diffusion, and study of the first 30 years of cinema. At the Hop, Pordenone co-founder Paolo Cherchi Usai—a pioneer in film preservation and currently the senior curator of motion pictures and director of the Rochester, N.Y., George Eastman House’s L. Jeffrey Selznick School of Film Preservation—will present a curated selection from recent festivals.