Dartmouth will present the 2013 Social Justice Awards, which honor Dartmouth community members who have contributed significantly to social justice, on February 1.

The awards ceremony serves as the culminating event for Dartmouth’s Martin Luther King Jr. Celebration and will be held at 4:30 p.m. in the Hayward Room at the Hanover Inn. The ceremony, free and open to the public, will feature a panel discussion with honorees followed by a reception.

This year’s honorees are listed below. For more information on the Social Justice Awards, visit the Martin Luther King Jr. Celebration website. 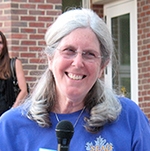 The award honors the Barnet family, including the late William Barnet II ’34 and his wife, the late Mary Barnet, their children William Barnet III ’64 Tuck ’65, Laurence G. Barnet ’68, and Carol Barnet Fuchs, for their commitment to social justice, especially in helping provide disadvantaged youth with access to education. Fuchs serves as an executive committee member of the Summer Enrichment at Dartmouth program, which brings students from under resourced high schools to Dartmouth during the summer. She will accept the award on behalf of her family. 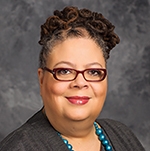 Karen Lewis ’74 (in absentia)Lester B. Granger ’18 Award for Lifetime Achievement, sponsored by the Tucker Foundation

The president of the Chicago Teachers Union led efforts last September to improve working conditions for teachers, including improved pay, benefits, and job security. Lewis is the only National Board-certified teacher to lead a U.S. labor union. 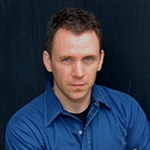 The award-winning writer and director is the founding artistic director of The Civilians, a center for investigative theater based in New York City. Fred Gilde ’88, chair of the board of The Civilians, will accept the award on Cosson’s behalf. 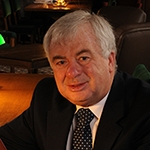 The inaugural recipient of this award, O’Donnell is the co-founder of the Dartmouth Center on Addiction, Recovery and Education. As a professor of medicine at the Geisel School of Medicine, O’Donnell is known to his students as a passionate mentor. In his research, O’Donnell addresses issues of substance abuse and obesity, and how to promote healthy lifestyles.

The Dartmouth Graduate Veterans Association raised money and volunteered for local charities, organized food and clothing drives, and planned the 2012 inaugural Veterans Day Banquet. Stoney Portis, MALS ’13, says the group advocates “for veterans issues in the Upper Valley and strengthening the relationship between Dartmouth College and those who served.”

DGVA has worked with The Orion House, a Newport, N.H., organization for adolescent males, to bring teenagers to campus for a Dartmouth football game and tour the Hood Museum of Art and Black Family Visual Arts Center. Group members have also served on panels in Dartmouth classes and visited wounded veterans at Walter Reed National Military Medical Center in Washington, D.C.