“It was like a window opening up,” says Dafina Pruthi, Adv’10, about her 2002 visit to Dartmouth as a medical exchange student from Kosovo, the small, ethnically Albanian nation that was once part of Yugoslavia. “It gave us an opportunity to observe very high-quality medical care. It truly gave us hope we weren’t forgotten.” The Serbian occupation of Kosovo had ended just three years earlier, and Dartmouth Medical School had initiated an exchange program with the Pristina School of Medicine. 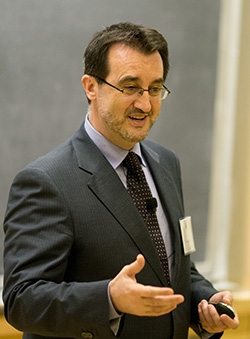 During his visit to Dartmouth in November, Kosovo Minister of Health Ferid Agani gave two lectures on “Rebuilding Medical Systems in a Post-Conflict Nation.” (Photo by Eli Burakian ’00)

Since then, hundreds of students and faculty from Kosovo and Dartmouth have visited each other’s institutions. What started as a small exchange program to help medical students from an isolated, war-torn nation has blossomed into a multifaceted relationship: Through student and faculty exchanges—among other programs—the Geisel School of Medicine has been a major influence in helping build Kosovo’s healthcare system and has succeeded in raising more than $4.5 million for the development of health programs in Kosovo. This fall, Kosovo’s minister of health, psychiatrist Ferid Agani, visited Dartmouth to discuss with students and faculty ways to further expand these healthcare initiatives.

In 2011 Dartmouth signed a partnership agreement with the American University of Kosovo (AU Kosovo), which has led to a wealth of additional collaborations. These include Tuck School of Business support for a new MBA program at AU Kosovo, a Shakespeare production in Kosovo by Andrew Garrod, professor emeritus of education, a Dartmouth Hillel initiative to work with local Kosovar students to restore the Jewish cemetery in Pristina, and funding from the John Sloan Dickey Center for International Understanding for two Dartmouth students to attend AU Kosovo’s annual summer program in peace-building, led by AU Kosovo faculty member Bill Wechsler ’78. 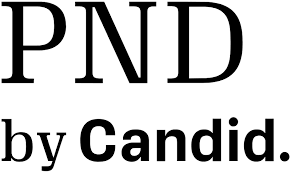