Read the full story at Geisel School of Medicine news. 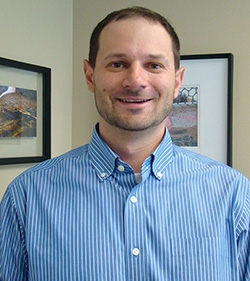 Since September, more than 500 cases of fungal meningitis have been diagnosed across the United States, all of them caused by contaminated steroid injections. More than 35 people have died from the infection. But the fungus that has caused almost all of the cases, Exserohilum rostratum, seems an unlikely threat. Robert Cramer, an assistant professor of microbiology and immunology at the Geisel School of Medicine and an expert on fungi, talks about the outbreak.

You have written about the increase in fungal infections among humans in recent decades. Why is that happening?

If you look back at the history of medicine, there are not a lot of references to fungal infections. In general, humans are resistant, fortunately. But in the 1960s and 1970s, organ transplantation started to become part of medical practice, and these procedures require suppressing the patient’s immune system. Also, as HIV spread in the 1980s, there were a lot of people who acquired the virus and eventually became severely immunocompromised and susceptible to fungal infections. And in just the last few years, targeting the immune system as a therapeutic for many diseases has become more common. An example is rheumatoid arthritis. Some of these patients have come down with fungal infections. The lesson is that while there are a few fungi that can cause disease in healthy individuals, the vast majority need a window opened, such as when our immune systems are compromised, to cause disease.