On January 11, 2013, the Dartmouth community welcomed Philip J. Hanlon ’77 and officially introduced him as the 18th President in the Wheelock Succession. Hanlon told the crowd assembled in Spaulding Auditorium that leading Dartmouth “at this time in history is inspiring—as we approach the 250th anniversary of the College in the midst of historic changes in higher education.” 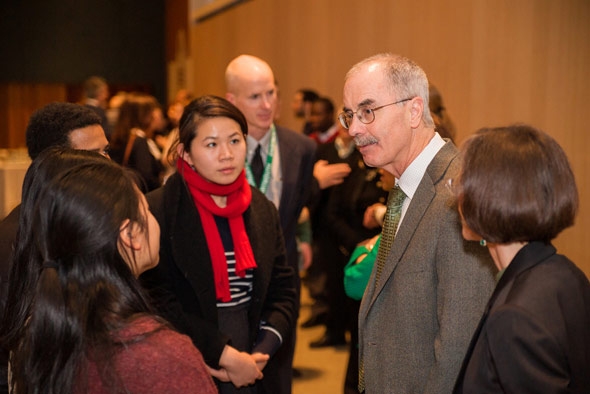 President-Elect Philip J. Hanlon ’77 and his wife, Gail Gentes, greet members of the Dartmouth community during the reception in Alumni Hall. (Photo by Eli Burakian ’00)

He noted the contributions of former presidents James Wright and Jim Yong Kim, and said, “I stand on the shoulders of incredible leaders who have made Dartmouth the great place it is today.”

Following the ceremony, President-Elect Hanlon and his wife, Gail Gentes, shook hands with enthusiastic students, faculty, alumni, and staff in a receiving line in Alumni Hall, along with President Carol L. Folt. After meeting Hanlon, Pranam Chatterjee ’15 called him “an inspiration,” and Trustee Ben Wilson ’73 said he believes Hanlon “will respect our traditions, and yet build new ones.” 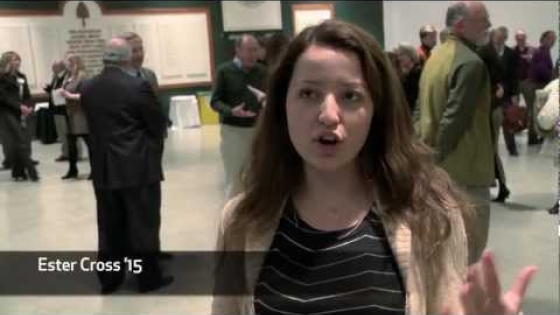