Dartmouth researchers were awarded $2.6 million in new and competing awards during January 2013, as reported by the Office of Sponsored Projects. 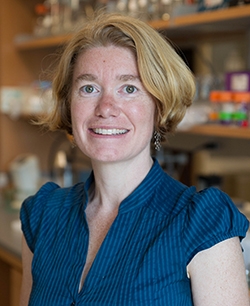 Amy Gladfelter, an associate professor in the Department of Biological Sciences, is working on a research project entitled “Fluorescent Single Molecule Orientation Imaging in Living Cells.” (Photo by Eli Burakian ’00)