Fossum is professor of engineering at Thayer School of Engineering at Dartmouth and one of the world’s experts in solid-state image sensors. He worked at the NASA Jet Propulsion Laboratory (JPL), is a successful entrepreneur, served as chief executive officer of several companies, and was inducted into the National Inventors Hall of Fame in 2011. His interests at Dartmouth are teaching and researching the next generation of solid-state image sensors for gigapixel cameras and for 3D image capture. He also serves as faculty coordinator of Thayer School’s Ph.D. Innovation Program. 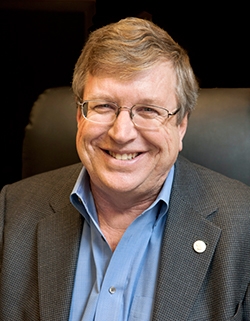 Eric Fossum is an expert in solid-state image sensors. (Photo courtesy of Thayer School of Engineering)

Election to the NAE is among the highest professional distinctions accorded to an engineer, and honors those who have made outstanding contributions to “engineering research, practice, or education, including, where appropriate, significant technology, making major advancements in traditional fields of engineering, or developing/implementing innovative approaches to engineering education.”

“It is truly an honor to be recognized at this level by my fellow engineers,” says Fossum. “I am regularly astonished by the many ways the technology impacts people’s lives here on Earth through products that we didn’t even imagine when it was first invented for NASA. I look forward to continuing to teach and work with the students and faculty at Dartmouth to explore the next generation of image-capturing devices.”

Fossum is one of 69 new members and 11 foreign associates announced February 7, 2013, by NAE President Charles M. Vest. This brings the total U.S. membership to 2,250 and the number of foreign associates to 211. New members are elected to the NAE by current active members who search all fields of engineering for outstanding engineers with identifiable contributions or accomplishments.

“This is the highest honor the engineering community bestows,” says Thayer School Dean Joseph Helble, “It recognizes Eric’s seminal contributions as an engineer, technology developer, and entrepreneur. His work has enabled microscale imaging in areas that were unimaginable even a few decades ago, and has led directly to the cellphone and smartphone cameras that are taken for granted. We are honored to have someone of his caliber to oversee our groundbreaking Ph.D. Innovation Program.”

He received his BS in physics and engineering from Trinity College in Hartford, Conn., and his PhD from Yale University, where he worked on ultra-thin tunnel-oxide MOS structures and charge-coupled devices in the Department of Engineering and Applied Science.

After several years of teaching as a member of Columbia University’s electrical engineering faculty, Fossum joined Caltech to manage NASA/JPL’s image sensor and infrared focal-plane technology research and advanced development teams and was later appointed Senior Research Scientist. There he invented the CMOS active pixel sensor (APS) camera-on-a-chip technology and led its development and subsequent transfer of the technology to U.S. industry.

To commercialize the technology, Fossum co-founded and led Photobit Corp., which was eventually acquired by Micron Technology, Inc. He then led Siimpel Corp. as chair and CEO, developing MEMS-based camera modules with autofocus and shutter functions for cell phones. He later joined Samsung Electronics as a consultant on 3D image sensors. In 2010, he joined the engineering faculty at Dartmouth and continues his consulting work with Samsung.

Fossum has published more than 250 technical papers and holds over 140 U.S. patents.  He is a Fellow member of the IEEE and a Charter Fellow of the National Academy of Inventors. He has received the IBM Faculty Development Award, the National Science Foundation Presidential Young Investigator Award, and the JPL Lew Allen Award for Excellence, and has received many additional honors for the invention of the CMOS image sensor “camera on a chip.”

Other Dartmouth members of the NAE include Professor Elsa Garmire and Professor Emeritus Bob Dean. The formal ceremony inducting Fossum into the NAE will take place this fall in Washington, D.C.

Founded in 1964, the NAE is a private, independent, nonprofit institution that provides engineering leadership in service to the nation. The mission of the NAE is to advance the well being of the nation by promoting a vibrant engineering profession and by marshaling the expertise and insights of eminent engineers to provide independent advice to the federal government on matters involving engineering and technology. 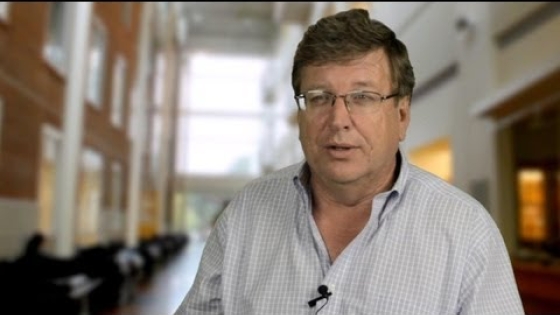