[[{“type”:“media”,“view_mode”:“media_large”,“fid”:null,“attributes”:{“class”:“media-image alignright size-full wp-image-1613”,“typeof”:“foaf:Image”,“style”:“”,“width”:“100”,“height”:“100”,“title”:“”,“alt”:“Vermont Public Radio”}}]]In an interview with VPR, Abbey D’Agostino ’14, a member of the Dartmouth women’s track and field team, talks about her success at January’s Dartmouth Relays, her experience at the 2012 U.S. Olympic Trials, and the upcoming Millrose Games, where she will compete in the Wanamaker Mile against an elite field of runners.

On January 13, at the Dartmouth Relays, D’Agostino ran the mile in 4:34.15. which at that point, was the fastest time in the world in the event this year. “The goal that day was really just to run hard,” D’Agostino tells VPR. “I had a range of times I was shooting for, between 4:35 and 4:38. I knew I wanted to really get the ball rolling on the season and put up a good time.”

D’Agostino is looking forward to competing in the Wanamaker Mile on February 16. “The bar is set higher than it would be in any other race. It’s great knowing that everyone that is there belongs there and we’ll all be testing each other.” 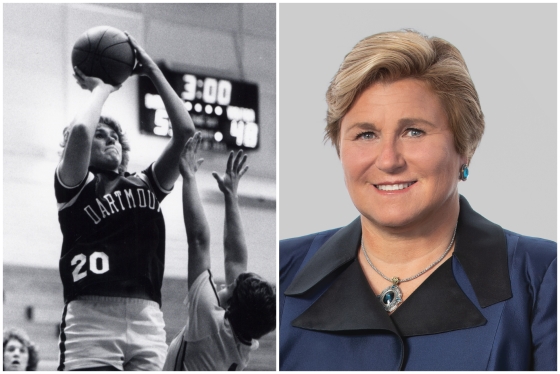