This year marks the 15th anniversary of V-Day, but a new global dance movement, One Billion Rising, is giving the international campaign a different tone.

“One Billion Rising is the most global and most visible event calling for an end to violence against women that I’ve witnessed in my lifetime,” says Susan Brison, chair of the philosophy department.

“Gender-based violence occurs everywhere, every day,” Brison says, “and, for that reason, it’s not news. But the fact that one out of three women on the planet is raped or beaten in her lifetime should lead to outrage and action, not complacency. As Eve Ensler, founder of V-Day, points out, ‘One billion women violated is an atrocity. One billion women dancing is a revolution.’”

At Dartmouth, a One Billion Rising event will kick off Dartmouth’s V-Week on Valentine’s Day. Running from February 14 to 27, V-Week events include presentations, social gatherings, and performances to raise awareness and eliminate violence against women. (The “V” in V-Day stands for Victory, Valentine, and Vagina; the “V” in Dartmouth’s V-Week stands for Victory Over Violence.)

Brison, a faculty member involved with V-Week, is the author of the book Aftermath: Violence and the Remaking of a Self, which is a philosophical examination of her recovery from a near-fatal rape and attempted murder. She says she is heartened by the fact that more victims are bearing witness to their assaults, and she encourages people to attend the “Speak Out” on February 20, at which students recount how they have been affected by sexual violence. “It is a very powerful, illuminating event,” says Brison.

Jennrich says Dartmouth leaders will take part in the program: Dean of the College Charlotte Johnson will open The Vagina Monologues, written by Ensler, with a performance on February 26, and President Carol L. Folt will receive this year’s Vagina Warrior Award at the show’s second performance on the following night.

Jennrich says she is pleased with the variety of the events, which range from a comedy show to a discussion exploring masculinity.

“I’m really excited to see what comes out of the performances and events of V-Week,” says Jennrich.

Jennrich says money raised for V-Week will be donated to WISE, a nonprofit organization based in Lebanon, N.H., that helps those affected by sexual and domestic violence in the Upper Valley. The goal is to raise more than $3,000. 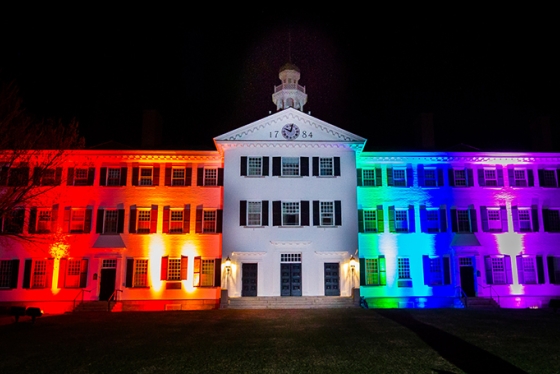 Date
2/24/2015
Body
Dartmouth Now offers a weekly roundup of noteworthy events on campus. V-February 2015, sponsored by V-Day Dartmouth and the Center for...