The world premiere of the film Passion for Snow coincides with this year’s Dartmouth Winter Carnival. The film will be shown on Saturday, February 9, in the Loew Auditorium at the Black Family Visual Arts Center. 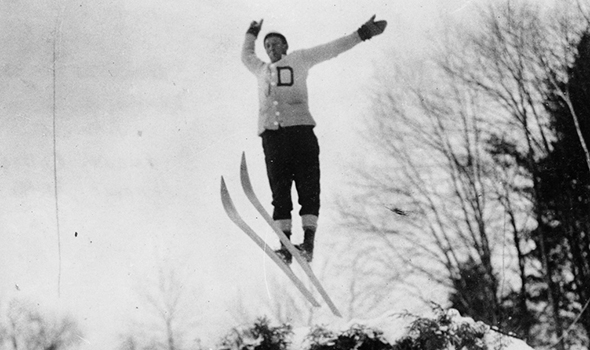 Fred Harris, Class of 1911, founder of the Dartmouth Outing Club, soars through the air following his jump at the first Winter Carnival, which took place in 1911. (Photo courtesy Rauner Special Collections Library)

Based on the book Passion for Skiing (2010), the story begins with the first Dartmouth Winter Carnival and traces 100-plus years of ski history through the present day. The documentary explains how the college and many of its alumni have contributed to virtually every aspect of the formation and continuing developments in today’s $25 billion snow sports industry.

“The film covers an amazing story that has unfolded over the past hundred years,” says Steve Waterhouse ’65, Tuck ’67, the film’s executive producer. “You’ll see not only many champion skiers in action but also people such as Dr. Seuss, C. Everett Koop and Robert Frost, who were influenced in their careers after spending winters in Hanover.” 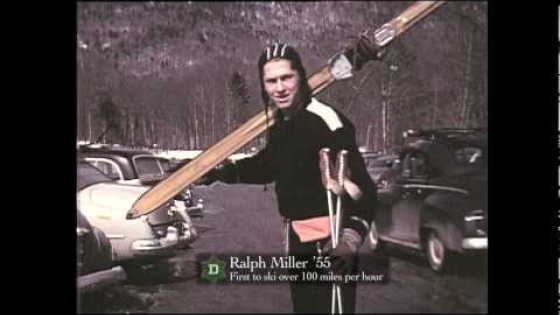