Jeffrey Selingo, editor-at-large of The Chronicle of Higher Education, talks in this video interview about Dartmouth, the future of online education, and the advice he has for colleges and universities.

“Colleges are like cities in many ways; they evolve over time, and that evolution is sometimes slow,” Selingo says. “There is not one solution to all the issues facing higher education.” 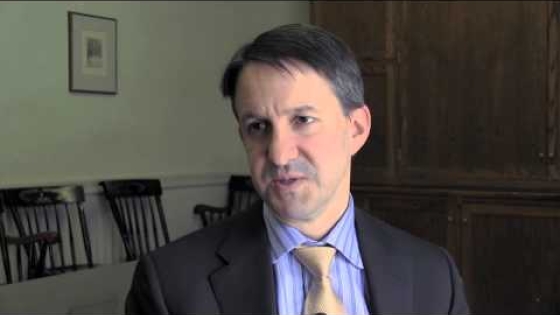 Selingo has covered colleges and universities worldwide over the course of his journalism career. His writing has appeared in The New York Times, The Washington Post, and The Huffington Post, and he appears regularly on NPR, ABC, and CBS. His forthcoming book, College (Un)Bound: The Future of Higher Education and What It Means for Students, will be released May 7.

Selingo kicked off this year’s “Leading Voices in Higher Education” lecture series with a talk last week. He also met with President Carol L. Folt, faculty, and staff members while in Hanover.