Thanks to an appointment by Vermont Gov. Peter Shumlin, Andrew Longhi ’14 will have a voice in policymaking in the Green Mountain State. 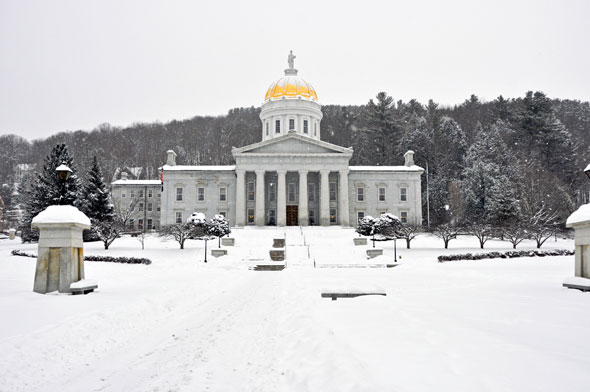 As a member of the Children and Family Council for Prevention Programs of Vermont, Andrew Longhi ’14 will attend monthly meetings in Montpelier, Vt. (Photo by Shutterstock)

Shumlin recently named Longhi to the Children and Family Council for Prevention Programs of Vermont. The 21-member advisory group meets monthly in the state capital of Montpelier, working to improve health for families, children, and communities.

“It’s always important to have a variety of perspectives on Vermont’s councils, boards and commissions, and I appreciate it when students like Andrew step forward to serve,” says Shumlin. “He brings to the Children and Family Council for Prevention Programs a background in public service, with a special focus on parent-child, justice and juvenile issues. Andrew will be a strong addition to this group.”

Longhi, who has interned for Sen. Patrick Leahy (D-VT) on the U.S. Senate Committee on the Judiciary, will take part in his first meeting with the council this month. The group’s duties include reviewing funding applications from organizations that serve youth; advising government officials on juvenile issues; and monitoring the state’s compliance with the Juvenile Justice and Delinquency Prevention Act, which outlines protections for youth in the juvenile justice system. 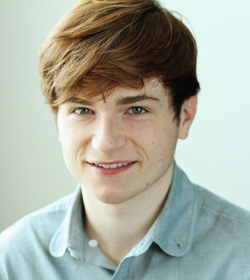 “I first got involved in juvenile issues when I volunteered at Hartford High School, which is a great high school,” says Longhi, whose term runs until February 2014. “But even there I saw some issues, bullying and problems at home, for example. I wanted to get involved in a professional capacity.”

Longhi, who is from Atlanta, Ga., has advocated for Lesbian, Gay, Bisexual, and Transgender (LGBT) issues, and believes his background working in this field will help him in his new role. He is interning this term in Washington, D.C., at the Equity Project as the Nelson A. Rockefeller Center for Public Policy and the Social Sciences Class of 1981 Intern. The Equity Project is a national initiative that promotes safe spaces for LGBT youth in the juvenile justice system, where, Longhi says, they are often discriminated against. Whether it is with the Equity Project or his new position on the advisory board, “I want to help create a more accepting environment,” Longhi says.

Longhi, a government and sociology double major who contributes to the Huffington Post, says Dartmouth has helped cultivate his passions.

“I really appreciate that professors are so interested in what you want out of your Dartmouth experience,” says Longhi. “The mentorship is unparalleled.”

A course taught by Women’s and Gender Studies Lecturer Pati Hernández, during which the class visited a correctional facility, was particularly influential. Longhi says it gave him insight into how the American legal system functions.

Longhi is certainly deserving of the position, Hernandez says. “Andrew was a great listener, always looking forward to learning more and being challenged,” says Hernández. “I am looking forward to seeing what he will do with this opportunity. As a person who lives in Vermont, I say we are lucky to have him.”

“Andrew is a terrific fit and a great ambassador for Dartmouth. He has a real knack for taking the research we grapple with in the classroom and applying it outside of the academy,” says Dixon. “I have no doubt he will have a positive impact on the council.”

Longhi looks forward to learning more about Vermont’s juvenile justice system. “I want to take full advantage of this unique opportunity,” he says.