This Is It: Dartmouth Idol Finalists Take Center Stage

The sixth winner of the popular Dartmouth Idol contest will be crowned at the finale on March 8. Winners of the annual competition have gone on to sing with the country duo Sugarland and star on NBC’s The Sing-Off. 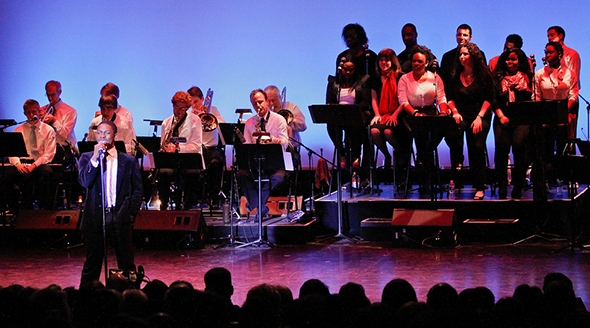 The show begins at 8 p.m. in the Hopkins Center for the Arts’ Spaulding Auditorium.

Vocalists will sing one solo with a 10-piece band. In addition, this year’s contest will feature a new wrinkle, as singers will perform duets with their competitors.

The winner will be decided by an audience vote. First place receives a $500 prize and the opportunity to record a two-song demo. Second place receives $250, while third place earns $100. Contestants are judged on vocal ability, musicality, and performance.

Free overflow seating will be available in Moore Theater, but audience members in Moore will not have a vote. The six finalists were trimmed last month from a group of 25 semi-finalists.

Dartmouth Idol is overseen by Walt Cunningham, the artistic director of the Dartmouth College Gospel Choir.

In a Hopkins Center video, the performers spoke about the finale:

“I’m really excited to get a chance to sing duets with people,” says Bodurtha, an Arabic and government major.

“Before Dartmouth Idol finals, I’d just finished a production of Candide with the Glee Club,” says Graves. “I think that did a lot of preparation for my voice and preparing me for the songs I’m going to sing for Dartmouth Idol.”

“I’m excited about my duets. I feel like they’re both really different, and one of them is kind of upbeat, and that will get a different side of me on stage,” says Ibeakanma.

“Music is my passion,” says Mena, who is from Los Angeles.

“This finals, I’m just really excited about singing with all the other finalists, and just getting the chance to be with other people who also are passionate,” says Whitaker ’15, a music major. 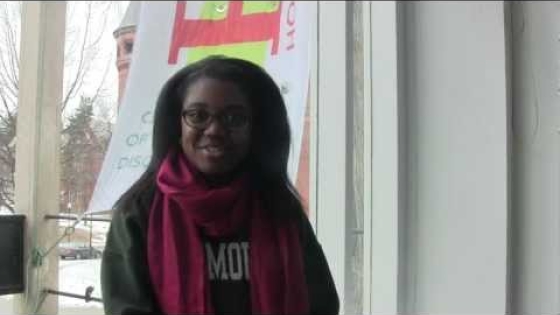